A Laundry Device To Love

Here at Happi we spend a considerable amount of time looking through patents, and while we are typically sleuthing for new shampoos, skin care, soap and toothpaste formulations, occasionally we find something that’s just outside our scope of coverage but gets us excited about the future of this business. No, we’re not talking about a new 18-hour natural sunblock that’s easy to rub in with great aesthetics or kid’s body wash that repels dirt—although those would be awesome! This time we found a new device patented by Stephen Beretzky of Palm Harbor, FL that addresses one of the great mysteries of modern home care.

Beretzky has been awarded US Patent No. 10,344,425 B1 for a “stocking pairing device” that holds a pair of socks together in the laundry! The patent description is pretty detailed—this doesn’t seem like just your basic safety pin.

Is this device the key to ending the missing sock mystery? Beretzky’s patent might stem the tide of future legwarmers on the lam, but we still need someone to find out where all those other socks are hiding out.

In case you are intrigued, here are more details on the patent:

The stocking pairing device is for holding together a pair of stockings to be laundered and for securing and releasing the pair stockings. It is comprised of:

You can check out Happi’s ongoing coverage of patents in beauty/home/personal care here.
Related Searches
Related Knowledge Center
Suggested For You

The Carlyle Group Invests in Tokiwa 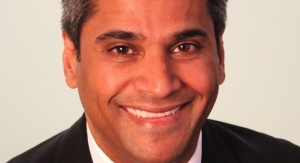 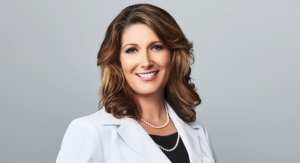