Gallagher and Wickett make the cut.

The In-Cosmetics Group announced the four finalists for its Lifetime Achievement Award 2016. Following a public nomination process, Alain Lagrange, hair colouration applied research, L’Oréal; Kevin Gallagher, retired president, global personal care & actives, Croda; Patrice Bellon president, The French Society of Cosmetic Chemists (SFC) and president, Cosmetoscent and R. Randall Wickett, president, R. Randall Wickett Consulting,  have been selected as finalists by a panel of experts. The In-Cosmetics Group is now calling on global cosmetic professionals to select the individual that they believe has made the biggest contribution to the industry during their revered careers.


The In-Cosmetics Lifetime Achievement Award recognizes the outstanding accomplishments of individuals who have made a significant impact on the cosmetic and personal care industry. Between them, the finalists have amassed decades of experience working in the sector and are well-known for their enormous contributions to their respective businesses.


Votes can be placed online at http://www.in-cosmetics.com/lifetime-achievement-voting and the winner will be announced on Wednesday, April 13.


The nominations for 2016 are:
• Alain Lagrange, who holds a PhD in organic chemistry and has worked in hair coloration, applied research at L’Oréal for 29 years. He has been responsible for 350 patents in the field of dye coloration and is the brain behind L’Oréal’s leading no ammonia permanent hair color range with oil delivery system (ODS2) technology, INOA.


• Kevin Gallagher who started his career at Croda as an applications chemist in 1978. He held positions in R&D, sales, QA and marketing, before moving to general management in 1989. After 37 years at Croda, he retired in 2015. However, his passion for the industry continues and he has since established Kevin Gallagher Consulting LLC, where he helps companies, including Croda, develop strategies in the personal care space. He also serves as a non-executive Director for P2 Science, a start-up company creating new value added fragrance components made by novel technology from renewable resources. In addition, he has authored numerous technical publications and is a co-inventor on seven US patents, all of which have resulted in successful new products.


• Patrice Bellon PhD, a pharmacist and doctor who now serves as the president of The French Society of Cosmetic Chemists (SFC) and president at Cosmetoscent. He has extensive experience in cosmetic and fragrance innovation development, gained through his career as vice president of innovation applied research on fragrance development at Symrise. He also spent six years as R&D head manager at Shiseido, where he worked on fashion brands including Jean Paul Gaultier, Issey Miyaké, Serge Lutens Perfumes and Carita.


• R. Randall Wickett who holds a PhD in Biophysics from Oregon State University and a BA in Chemistry from Western Washington State College. He served as editor of the Journal of the Society of Cosmetic Chemists from 1991 to 1997 and was chairman of the International Society for Bioengineering and the Skin from 2000 to 2005. He is also a Fellow of the Society of Cosmetic Chemists (SCC) and has received numerous technical awards from the SCC including the Maison G. de Navarre Medal Award – the organization’s highest honor for technical contribution to cosmetic science.

Basic Hair Science CEP Course Is on May 18 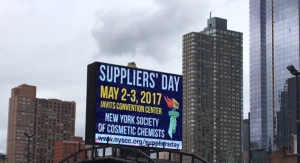 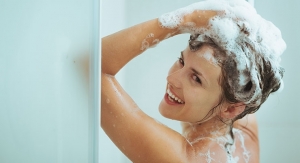 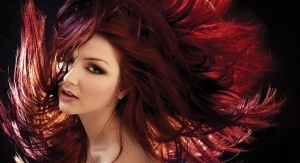 How Green Is Your Surfactant? 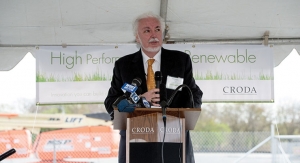 Innovator to the End