Olaplex LLC, Santa Barbara, CA, is suing L’Oréal alleging both false advertising and patent infringement. Olaplex markets a three-step hair process to restore compromised hair. Two of the products are designed to be used in the salon; the third is for home use.
Documents were filed in the US District Court for the Central District of California. Olaplex contends L’Oréal attempted to hire key Olaplex’s employees, and it also approached the firm about an acquisition.  According to Olaplex’s case, it was during these discussions that L’Oréal gained access to non-public confidential proprietary information.


Olaplex contends “L’Oréal ceased pursuing an acquisition of Olaplex, and instead willfully took and copied Olaplex’s technology without authorization to create [ …] slavish ‘me too’ knock-offs.”


A spokeswoman for L’Oréal told The Wall Street Journal: “We strongly oppose the merit of these claims and the validity of the [Olaplex] patent and L’Oréal USA will defend this position vigorously.”
Related Searches
Suggested For You 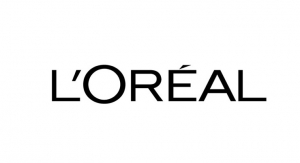