DSM Wants Millennials To Up The “Anti” 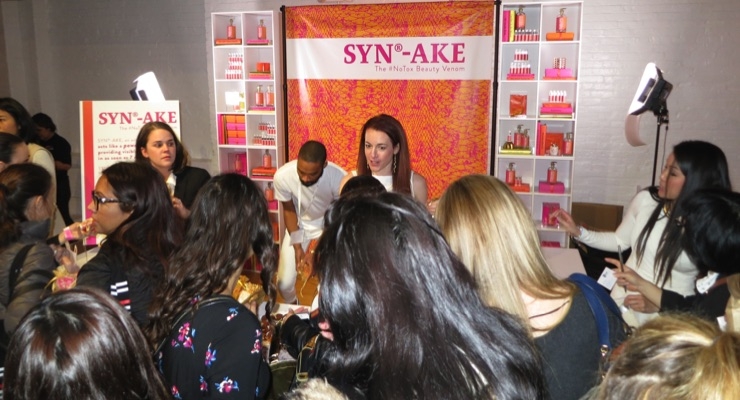 Why discuss anti-aging for a consumer group that doesn’t even have wrinkles?  For Parand Salmassinia, vice president of DSM Personal Care North America, the answer is simple: “The dramatic rise in anti-wrinkle injectible cosmetic procedures amongst today’s millennials clearly signals that they are not waiting until they have wrinkles to fight them. American millennial women are amongst the most engaged beauty consumers, and we must have an effective cosmetic solution for this rising beauty need,” she said.

New clinical studies conducted with the Syn-Ake peptide reveal that it delivers powerful action to smooth the appearance of expression lines around the forehead, mouth and lip, with significant results in as soon as 7 days, and in-vitro studies that show it boosts the support network for key collagens involved in fighting wrinkle formation through a novel “pro-collagen” mechanism discovered by DSM, making it the first cosmetic peptide proven to have this effect.

In what is being called the “selfie effect,” millennials are choosing injectible cosmetic procedures such as Botox, previously seen as desireable to an older demographic, at record high rates. In fact, according to a recent feature segment NBC’s “Today” Show, Botox injections among millennials increased 41% between 2011 and 2015, and in 2015 alone, American millennials received half a million procedures.

“Syn-Ake is the perfect beauty ingredient for the ‘selfie’ generation because it cosmetically addresses two of the main digital enhancement targets for consistent skin appearance – wrinkles and shine, said Sonia Dawson, regional marketing manager for DSM Personal Care North America. “In addition to Syn-Ake’s proven ability to diminish the appearance of expression lines, it also fights shine for the long-term, with over 90% of women who participated in a consumer use study with the peptide noting their skin was visibly less shiny.”

“We took inspiration from the fast-acting venom of the Malaysian Temple Viper, and wanted to create a peptide that could deliver quick and powerful results to sustain youthful-looking skin, as if like a cosmetic ‘pause’ button for wrinkles,” she continued. “For millennial consumers, beauty is highly experiential and they are amongst the most engaged in terms of exotic ingredients. According to a consumer analysis conducted by Mintel, millennials were twice as likely to be attracted to a cosmetic product with an exotic ingredient (including venoms), versus the general consumer base. Influencers such as K-Beauty have significantly increased this exotic appeal.”

According to Salmassinia, Wrinkle Rebel is "all about empowering millennial women to serve their beauty needs on their terms. Beauty is not one-dimensional and women of all ages want to know that we’ve taken their specific skin needs into consideration when developing solutions for them. We wanted to ensure that our product could have an impact on a broad base of consumers, which is why we tested it on women of different skin tones. Diversity and Inclusion are important to DSM at the highest levels of our organization, and it is so important to our organizational culture that we also bring that mindset to our approach in creating solutions for a diverse consumer base.”
Related Searches
Related Knowledge Center