Stepan Adds On To Its Surfactants Offerings

To acquire production facility and portion of associated business in Mexico.

Stepan Company has reported that an agreement has been reached with BASF Mexicana, S.A. DE C.V., to acquire its surfactant production facility in Ecatepec, Mexico. The company will also gain a portion of its associated surfactants business. The facility is located near Mexico City.

"The acquisition supports the company's growth strategy in Latin America. We believe this acquisition significantly enhances Stepan's market position and supply capabilities for surfactants in Mexico and positions us to grow in both the consumer and functional markets for surfactants," said F. Quinn Stepan Jr., Chairman, president and CEO of Stepan Company.

The transaction is expected to close in the fourth quarter of 2017 with minimal impact on Stepan's 2017 financial results.
Related Searches
Suggested For You

Stepan Is a Global Leader in Sulfate-Free Technology 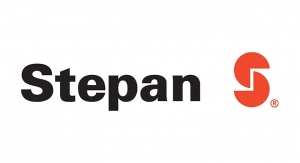