Part of lawsuit filed with Women’s Voices for the Earth.

In a motion filed in federal district court, the Environmental Working Group and Women’s Voices for the Earth allege that the Food and Drug Administration has failed to act on dangerous hair straighteners that contain unsafe levels of formaldehyde and pose a significant health hazard to consumers and salon workers.

The July 28 motion is part of the groups' lawsuit against the FDA for its failure to act on a six-year-old petition requesting an investigation into hair smoothing treatments that are still sold in stores and salons. These straighteners – often known as keratin treatments or by the name of one prominent brand, Brazilian Blowout – contain formaldehyde, a known human carcinogen and potent allergen.

In 2011, EWG filed a citizen petition, or formal request, that the agency investigate the products and take appropriate action. According to EWG, when the FDA neglected to act, it and WVE sued the agency in December 2016.

The new motion argues that the FDA has failed its duty by unreasonably delaying a response. It asks the U.S. District Court for the District of Columbia to order the FDA to review whether to ban the use of formaldehyde and formaldehyde-releasing chemicals in keratin hair straighteners and to require labels warning of these products’ hazards.

“The FDA has failed to protect stylists and consumers from exposure to formaldehyde,” said Melanie Benesh, a legislative attorney at EWG. “Since at least 2008, the agency has known about the health hazards associated with these hair straightening products and done nothing. Despite the complaints, the FDA has yet to take action to regulate these products.”

High levels of formaldehyde make many keratin hair straightening treatments a serious health threat for both clients and salon workers. These treatments involve liquids applied to hair, which are then heated using blow dryers and straightening irons. The high temperatures of these hair styling tools cause the liquids to release formaldehyde into the air.

“Salon workers have particularly suffered due to symptoms associated with these products, with many reporting long-term health problems,” said Alexandra Scranton, director of science and research for Women’s Voices for the Earth. “The health risks posed by these products deserved immediate action from the FDA when it was brought to its attention in 2008. Allowing salon workers and their customers to continue to be harmed by these products for more than six years is unconscionable.”

Salon workers have reported that the application of these hair treatments caused difficulty breathing, eye irritation and nosebleeds. These injuries – in addition to rashes, blistering and hair loss – are associated with formaldehyde exposure.

“The formaldehyde in these products is harmful to the hair stylists who have been sensitized to it and the clients who receive these treatments,” said Kathy Langford, a professional hair stylist from Brandon, Fla. “Salon workers who perform these services are exposed to the noxious fumes when these products are heated. Consumers have no choice but to inhale the fumes, and when they use straightening irons at home, they reheat the chemicals and breathe them in repeatedly. This is scary for everyone.”

“Too many stylists are injured from these treatments that are marketed as safe. Every client that walks in the salon doors is at risk, including children,” said Kelly Merriman, a stylist from Joliet, Ill. “Clients who receive this service go home with this straightening treatment on their hair. It off-gasses, continuously exposing them to formaldehyde, especially when the hair becomes wet or any heat is applied.”

Benesh said many customers have reported experiencing severe and long-lasting health problems even from a single hair-straightening process. Customers receiving multiple treatments are more likely to be at risk of developing allergies, which may include reactions such as asthma, hives and blisters.

“To make matters worse, products labeled 'for professional use only' aren’t required to list their ingredients on the bottle,” Benesh said. “Legislation proposed by Sens. Diane Feinstein and Susan Collins would close this labeling loophole and require ingredients to be listed on all cosmetics products.”

In addition, legsilation introduced in California would require manufacturers to disclose the ingredients used in salon products. If the bill passes, it will be the first such law to take effect in the nation, according to EWG.

The Occupational Safety and Health Administration (OSHA) can issue citations to salons where the procedure is offered if formaldehyde released into the air exceeds permissible limits. Even the cosmetics industry’s own safety review panel declared hair straightening treatments containing formaldehyde unsafe. Yet the FDA has limited its public action to generating an informational webpage and issuing warning letters to two manufacturers, said EWG.

EWG contends that other states and nations, including California, Oregon, Canada, France and Ireland, have taken action against products such as Brazilian Blowout by removing products with “dangerous levels of formaldehyde” from store shelves.
Related Searches
Related Knowledge Center
Suggested For You 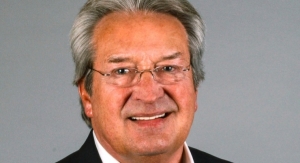 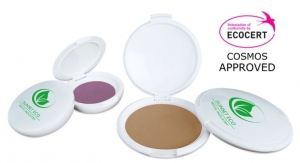 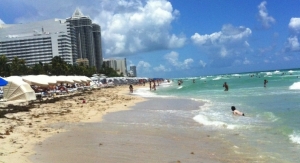