Effects of Hurricane Harvey, according to the American Chemistry Council.

The Specialty Chemicals Market Volume Index showed a pronounced slowdown in August, reflecting the effects of Hurricane Harvey, according to the American Chemistry Council (ACC). Growth in U.S. specialty chemicals market volumes expanded only 0.1% in August, following an upwardly revised 0.5% gain in July. All changes in the data are reported on a three-month moving average (3MMA) basis. Of the 28 specialty chemical segments ACC monitors, 15 expanded in August, nine experienced decline while four were stable. During August, large market volume gains (1.0% and over) occurred only in oilfield chemicals.

Note that on an unadjusted basis, the August data showed a 0.8% decline and is illustrative of the effects that Hurricane Harvey had on markets. Only eleven segments expanded on this basis, said ACC.

The overall specialty chemicals volume index was up 5.1% on a year-over-year (Y/Y) 3MMA basis. The index stood at 109.4% of its average 2012 levels. This is equivalent to 7.54 billion pounds (3.42 million metric tons). On a Y/Y basis, there were gains among 20 market and functional specialty chemical segments. Compared to last year, volumes were down in seven segments. 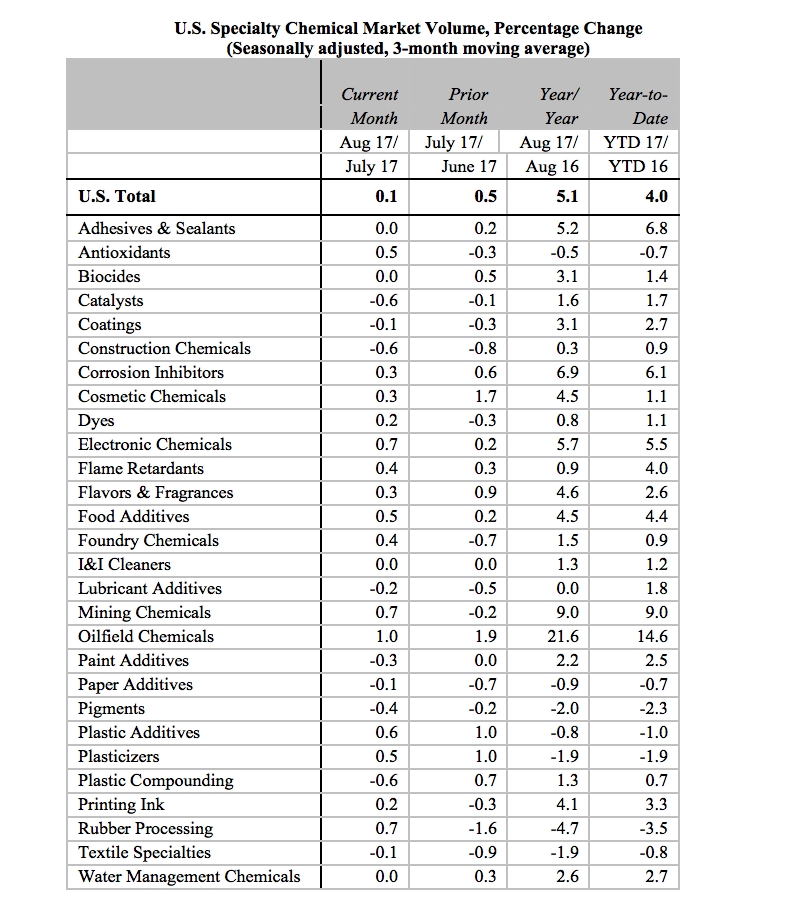 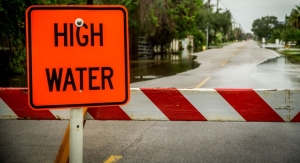 Q2 Is On the Upswing In Specialty Chemicals

Q2 Is On the Upswing in Specialty Chemicals

Specialty Chemicals Kick Off Q2 with a Slight Rise

Q2 Sales Are Moving Along for Specialty Chemicals