The Festival of Fragrance was held in gorgeous autumn weather at Wildegg Castle, Switzerland, October 17-22. Mibelle AG's creative teams convincingly implemented their ideas for fragrance concepts throughout and absolutely held their own against international professional perfumers. The event was a total success, with more than 6,000 enthusiastic visitors immersing themselves in a fascinating world of scents and aromas.


Just under a year ago, interested Mibelle AG employees were invited to nurture and practice their creative abilities in an unusual project that was not part of their regular job. Specifically, it concerned perfuming the historic rooms at Wildegg Castle in an innovative way, alongside professional perfumers. Three creative teams formed, who stepped up to the challenge and for six months developed concepts and ideas for the Festival of Fragrance. Their dedication and considerable enthusiasm resulted in extremely exciting fragrance experiences. Until the Festival's official opening, however, no-one knew how everything would work on site and, above all, how visitors would receive the work, which transformed the castle attic into a fragrant garden room, the otherwise absolutely bare room being decorated with suspended dried-flower bouquets, baskets full of dried flowers, and massive, bulbous bottles of different essential oils.


Mibelle CEO Luigi Pedrocchi, was thrilled by the participants' dedication and passion: "We totally achieved our objectives with the Festival of Fragrance project. The teams displayed skills which we will need much more in future in order to be successful in the market. Creativity and innovation are critical to our long-term success. So our objective remains to blaze new trails and dare to experiment."


New life was brought to the aristocratic stables with animal silhouettes projected onto the walls. Their not unpleasant smells could be smelled from a display of pharmacy bottles and nicely arranged test tubes. And at the very end, on traversing the darkened cellar exit, we encountered smells and scents that would previously have been familiar to the lord of the castle, Bernhard Effinger, on his hunting expeditions.


The internationally renowned perfumers and fragrance experts also succeeded in creating completely new experiences in the rooms. From the castle cellar to under the eaves, the Festival provided an interesting journey through the world of fragrances.

Botanical Extracts and Fragrances from Carrubba 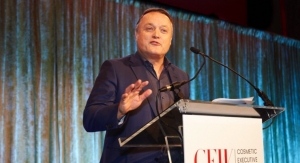 A Jolt of Caffeine, and Collagen, in Your Morning Joe? 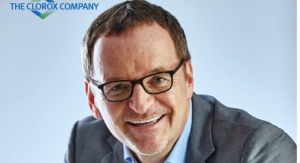 New CEO at The Honest Company