Gero Leson and Mike Stacy have served for more than a decade at the firm.

Both Leson and Stacy have served at the company for more than a decade.

“As recognition of their dedication and accomplishments, and to properly reflect their ongoing service to the company, my brother David and I are honored to promote our close colleagues Gero Leson and Mike Stacy to vice president,” said Michael Bronner, president of Dr. Bronner’s, which tallied revenues of more than $111 million in 2017.   “These two titans are the backbones of our supply chain and sales operations and have been essential to our growth, development, and corporate culture.  Mike and Gero are the first at the company to have the title of Vice President who aren’t named Bronner, but they might as well be family members the way they embody our values and purpose.”

Leson began working with Dr. Bronner’s in 2005, helping the company transition to sourcing all of its major ingredients directly from certified fair trade and organic projects. When the company, concerned about potential labor abuse and exploitation in its supply chain, could not identify willing third party suppliers or existing certification for its main ingredients, it enlisted Leson to build a new supply chain from the ground up. This resulted in the creation of Dr. Bronner’s sister companies: Serendipalm in Ghana for palm oil; Serendipol in Sri Lanka for coconut oil; and Serendicoco in Samoa; as well as close partnerships with independent operations such as Canaan Fair Trade in Palestine and Creation Biotech in India.

Leson holds a PhD in environmental science and engineering, manages the establishment of new production facilities and oversees ongoing sourcing operations and related community development endeavors such as local education, healthcare, and environmental infrastructure projects. He also coordinates the sale of products from Dr. Bronner’s own projects to other companies who are committed to fair and sustainable supply chains. Dr. Bronner’s Special Operations team, led by Leson, focuses on the education of farmers in developing practices such as composting, cover cropping and mulching, that not only build up soil fertility and organic matter, increasing yields and profits for small farmers, but also aid local communities’ resiliency to heat waves and storms, thus mitigating the effects of climate change. Overall, Dr. Bronner’s fair trade projects around the world are estimated to directly benefit 25,000 farmers, employees, and their families – improving livelihoods while simultaneously regenerating soil.

In addition to his role in creating Dr. Bronner’s supply chain from the ground up, Leson has played in key role in helping the company connect to and explore its ancestral roots in his own birthplace of Germany in the towns of Laupheim and Heilbronn. He also worked closely with company President and co-owner Michael Bronner to establish Dr. Bronner’s Germany, Dr. Bronner’s sister company and base of operations in Europe. In the last five years, the German operation has grown to $2.8 million in annual sales.

Stacy joined Dr. Bronner’s in 2006 as the sole employee of the sales department and was tasked with building and managing the entirety of national sales operations for the brand. Since 2006, as director of sales, Stacy has grown the sales department to a team of 36 staff, serving the United States, while he also plays a key role in overseeing successful growth in international markets such as Canada, the United Kingdom, and Ireland. When Stacy joined the company in 2006, a third-party broker network coordinated national sales, and revenue totaled just over $18 million per year. At the end of 2017, Dr. Bronner’s sales were managed entirely from within the company, and totaled more than $111 million in sales.

Stacy’s over 20 years of sales and broker experience in the natural products industry has been essential to Dr. Bronner’s rapid and sustained growth over the last ten years. Notably, Dr. Bronner’s has continued its history of utilizing little-to-no advertising and relying entirely on word of mouth, strong customer relations, and unique in-store cause-marketing efforts related to the promotion of hemp farming, fair trade, GMO labeling, wage equality, and other causes to grow the brand. Stacy has been a guiding force in the creation and expansion of other departments at Dr. Bronner’s, which have been necessary as a result of the brand’s success.
Related Searches
Related Knowledge Center
Suggested For You

The Art & Science of Staying in Business 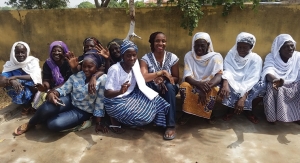 The Art & Science of Staying in Business

If the Tube Fits… TSA-Friendly Toothpaste 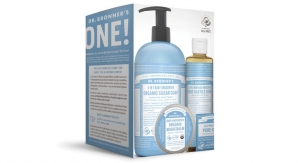