Inter Parfums Welcomes Harrison to Board of Directors

Inter Parfums, Inc. appointed Gilbert Harrison, founder and chairman emeritus of investment banking firm, Financo LLC, to its Board of Directors. With the addition of Harrison, the size of Inter Parfums’ Board increases to nine members, six of whom are independent. His initial term will expire, and he will stand for re-election at the company’s next Annual Meeting of Stockholders in September 2018.

Harrison has more than 50 years of experience in corporate finance and strategic transactions, specializing in the consumer products space. He began his career in 1965 practicing corporate and securities law in New York and Philadelphia. In 1971 he founded Financo, which he grew to become one of the leading independent middle market transaction firms in the country. In 1985, Financo was acquired by Lehman Brothers, where the firm’s primary efforts were focused on increasing its expertise in retail, apparel and other merchandising transactions of all types. At Lehman, Harrison was chairman of the Merchandising Group and on the firm’s Investment Banking Operating Committee while continuing as chairman of Financo, which was renamed the Middle Market Group of Lehman. In 1989, he re-acquired Financo from Lehman, re-establishing Financo as one of the leading investment banking firms handling transactions and providing strategic advice in connection with merchandising companies. Harrison retired as Chairman of Financo in December of 2017, after which he formed the Harrison Group, a firm that provides consulting and financial advisory services to merchandising and products companies.

Harrison's other activities include his membership on the Advisory Council of the World Retail Congress, Shoptalk and the Financial Times Business of Luxury Summit. Additionally, he has created a course on mergers and acquisitions at The Wharton School and has published various articles and academic studies on the state of retailing and mergers and acquisitions, including a chapter in the book entitled, “The Mergers and Acquisitions Handbook.” Mr. Harrison lectures throughout the country, including chairing seminars for Retail Week as well as for the International Council of Shopping Centers, the National Retail Federation, Young President's Center, The Wharton Aresty Institute of Executive Education and The President's Association of the American Management Association. He also appears frequently on Bloomberg TV and CNBC as an expert on retail and apparel.
Related Searches
Suggested For You

P&G In Talks with Pfizer?

'Guess' Who Signed a Deal with Inter Parfums? 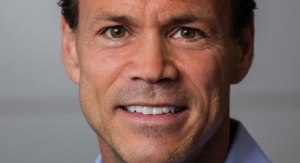 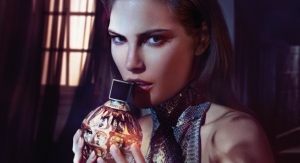