Gains along the way since August, finds ACC in latest report.

In addition, the pace of change has moderated during the last three months. All changes in the data are reported on a three-month moving average (3MMA) basis. Performance chemistry reflects trends in manufacturing. Of the twenty-eight specialty chemical segments we monitor, seventeen expanded in October, down from nineteen in September. Eleven markets experienced decline. During October, large market volume gains (1.0 percent and over) occurred only in foundry chemicals, lubricant additives, and textile specialties.

The overall specialty chemicals volume index was up 6.1 percent on a year-over-year (Y/Y) 3MMA basis. The index stood at 114.4 percent of its average 2012 levels in October. This is equivalent to 7.79 billion pounds (3.54 million metric tons). On a Y/Y basis, there were gains among twenty-two market and functional specialty chemical segments. Compared to last year, volumes were down in six segments.
Related Searches
Suggested For You 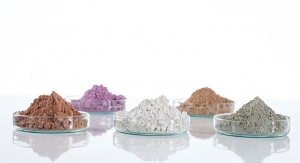 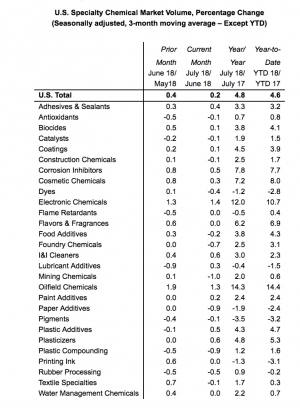