Prepares itself for future growth. 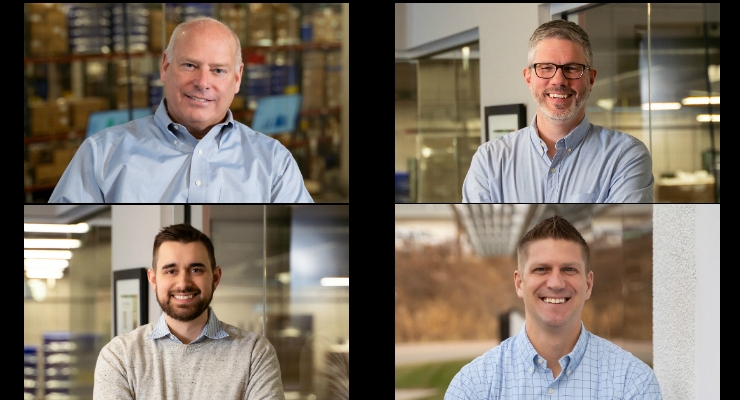 Raining Rose is making changes to its executive leadership team. The moves come as the company prepares to position its leadership team for future growth and expansion.

Ian Flynn, who previously served as director of Engineering, will take a new position as vice president of Technical Services. This role will bring Engineering, Information Technology, and Research & Development under one leader to better support existing and future investments in manufacturing excellence.

“As a manufacturer focused on quality and preparation for the future, technology and data analysis are increasingly important to our performance,” said CEO Chuck Hammond. “We are creating a group to better support both sales and operations.”

Additionally, the executive team will further evolve to deepen focus within sales and operations. Mike Wehr, current Raining Rose COO, will take a new role as chief sales officer. Kyle Hach, who is currently vice president of Operations, will assume the role of COO.

Hammond noted that both executives have long tenures at Raining Rose and will use their expansive knowledge of the entire organization to collaborate on future sales and operations improvements.

“When we were smaller, sales and operations were inextricably linked,” Hammond said. “The operations side of the business has evolved in complexity in ways we could have never imagined. In addition, we have more than 50 people focused on sales and several distinct sales channels.”

Rounding out the Raining Rose executive team are Aaron-Marie Thoms, vice president of People and Culture, and Teresa Wolken, CFO. Both joined the company within the last year and have had a great impact according to Hammond. Hammond will remain president and CEO.

“I am incredibly enthusiastic about the opportunities ahead of us,” Hammond said. “I believe this team can continue to create opportunities for our employees, customers and the community.”
Related Searches
Related Knowledge Center