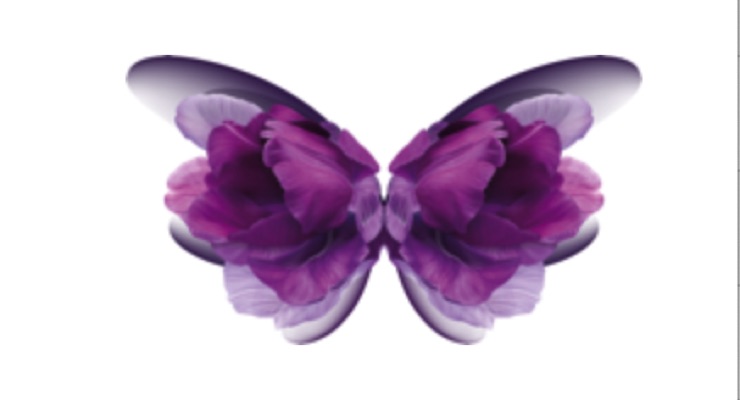 Surely, Peter Harf deserves better. The long-time chairman of Coty's parent company has been swept up in a scandal that's been cooked up by the Kardashian clan. Federman & Sherwood, an Oklahoma City, OK, law firm has intiated an investigation into Coty, Inc. regarding possible violation of federal securities laws. On November 18, 2019, Coty announced that it was taking a majority stake in Kylie Cosmetics. The deal gave Coty a 51% stake in the makeup company for $600 million. On this announcement in premarket trading, Coty’s stock initially jumped as much as 6%. In January, 2020, Coty purchased 51% of Kylie Cosmetics for $1.2 billion.

Coty’s shares declined after Forbes Magazine reported that “Coty paid up for a 'high-growth' brand that is actually a much  business than it was just a few years ago.” Federman & Sherwood note that Forbes went on to report that “the business was never that big to begin with, and the Jenners [a/k/a Kardashians] have lied about it every year since 2016,” including the possibility that tax returns may have false numbers.

In a presentation to analysts following the acquistion, Coty said sales during a 12-month period preceding the deal: $177 million—far lower than the published estimates at the time. More problematic, Coty said that sales were up 40% from 2018, meaning the business only generated about $125 million that year, nowhere near the $360 million the Jenners had led Forbes to believe in an initial interview. Moreover, the Kardashians told Forbes that Kylie’s skin care line, which launched in May 2019, did $100 million in revenues in its first six weeks. The filings show the line was actually “on track” to finish the year with just $25 million in sales.

Just last week, Coty Inc.  announced the signing of a definitive agreement with KKR. Under the accord, KKR Coty and KKR have entered into a strategic transaction for Coty’s Professional and Retail Hair business, including the Wella, Clairol, OPI and ghd brands valuing the businesses at $4.3 billion on a cash- and debt-free basis. KKR will own 60% of this separately managed entity and Coty will own the remaining 40%.

The sale of a majority interest in the Professional and Retail Hair business simplifies Coty’s portfolio and will allow Coty to focus on its core prestige and mass beauty businesses:

Prestige: Coty will reinforce its leadership positions through innovation in fragrances and adjacent categories, a focus on the premium end of its portfolio, and the e-commerce development of the Prestige Beauty franchise, which encompasses iconic brands, such as Calvin Klein, Hugo Boss, Burberry, and Gucci, as well as the recent addition of Kylie Beauty, with its direct to consumer business model and 178 million followers on Instagram.

Cost leadership: Excluding the Wella business, Coty is targeting a net reduction in fixed costs of approximately $600 million in cash over the next 3 years, equating to 25% of its pro forma fixed cost base. The one-off costs associated with this program are estimated at $500 million.

The founder of today‘s Coty, chairman Peter Harf, will assume the additional role of CEO. As previosuly announced, Pierre Laubies stepped down as CEO on May 31, 2020. Given the new management structure, Pierre Denis will not take up an executive position with the company and has stepped down from its board. He will remain a senior sdvisor, allowing Coty to leverage his extensive knowledge and experience in the luxury industry.

Harf is an entrepreneur and builder of world-class businesses. He is founder and managing partner of JAB Investors. He has extensive industry experience, including through his previous roles as chairman and CEO of Benckiser N.V. and then deputy chairman of Reckitt Benckiser, which he formed through the merger of Benckiser N.V. with Reckitt Coleman in 1999. While leading Benckiser, Harf built modern-day Coty and spent more than 20 years with direct executive responsibility for the business, as chief executive from 1990-2001 and then chairman until 2011, during which time Coty again became an independent company with almost 14 times revenue growth. Harf has also served as Chairman of AB InBev.

The creation of a three-person executive committee will allow the company to increase the speed of its decision making and execution and create clear accountability for improved performance. In addition to Harf, the executive committee will include Coty’s chief operating officer and chief financial officer Pierre-André Terisse, and Gordon von Bretten, who joined Coty last weekKKR Capstone as the company’s first-ever chief transformation cfficer.

Von Bretten will oversee the ‘All-In To Win’ transformation agenda. The new executive committee will make sure that Coty takes the right steps towards becoming a more profitable business and delivering on its commitments. It will set clear priorities and hold itself and the Coty organization accountable to drive improvements across the business.

As previously announced, KKR is investing $1 billion directly into Coty through the issuance of convertible preferred shares The investment from KKR brings significant benefits to Coty, including the additional liquidity, via the $1 billion convertible issuance coupled with the anticipated $2.5 billion in net cash proceeds at the closing of the Wella deal, improve Coty’s leverage profile, providing the company with the flexibility to navigate through the current challenges and continue investing in its brands.

KKR’s Johannes Huth, partner and Head of KKR EMEA, will join Coty’s Board. KKR will also nominate a second board member in the near term.

KKR is making a $1 billion investment into Coty via convertible preferred shares. The initial $750 million of this investment was completed on May 26, 2020, with the remaining $250 million expected to be completed in the next two months. Assuming full conversion, JAB will remain Coty’s largest shareholder, with 50% ownership in the company. KKR will be the second largest shareholder, with a 17% stake.

At the closing of the deal, expected in the next six to nine months, the Wella business is anticipated to issue approximately $1 billion of debt and distribute the proceeds to its respective shareholders. This will result in total net cash proceeds to Coty of approximately $2.5 billion, including $2.6 billion relating to 60% of Wella’s enterprise value and $0.4 billion from the dividend distribution, net of $0.2 billion relating to debt items and $0.3 billion of tax and transaction fees.
Related Searches
Related Knowledge Center