Pull Up or Shut Up Campaign Gains Traction 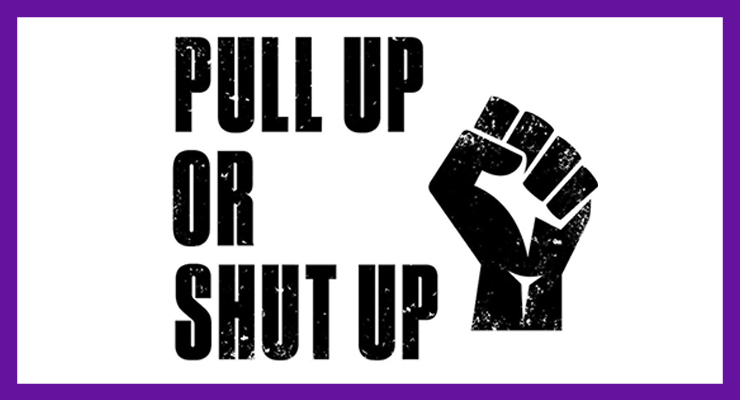 Words aren't enough. Following the deaths of George Floyd, Breonna Taylor and other black and men and women, Sharon Chuter, founder and CEO of Uoma Beauty, said cosmetics companies must do more than pay lip service to fight racial injustice.

“The trigger for me was seeing all these brands post for George Floyd and blacking out their Instagram on Tuesday,” Chuter told Forbes.com. “And I just thought, why are you absolving yourselves of the role you’ve played in creating this problem? How are you not seeing the connection between your depriving people of color of economic opportunities and the oppression?”

According to Chuter, just 8% of people employed in white collar professions are black and only 3.2% of them are in executive or senior management roles, even though black adults account for 13% of the US population and college-educated black adults make up 10% of the population.

With those statistics in hand, she launched "Pull Up or Shut Up," a campaign that calls on companies to release the total number of black employees at their companies and to identify their employment levels.

The campaign went live last week and dozens of companies, including Glossier, L'Oréal and Ulta Beauty responded. The campaign ran for 72 hours. When it ended, Chuter called out brands that didn't respond yet, she said, profit the most from black culture and black people. These brands included: Nike, Adidas, Fenty, MAC, and Kylie Cosmetics. By yesterday, Kylie Cosmetics had pulled up, while other companies, including Estée Lauder, P&G Beauty, Revlon, Sephora and Unilever had posted their employee breakdowns.

Chuter said Pull Up or Shut Up is just the first step in a larger plan to change the corporate system. Ultimately, she hopes transparency will lead to the creation of independent diversity boards to ensure that all people, white, black, asian, latin, native american and LGBTQ+ are represented.