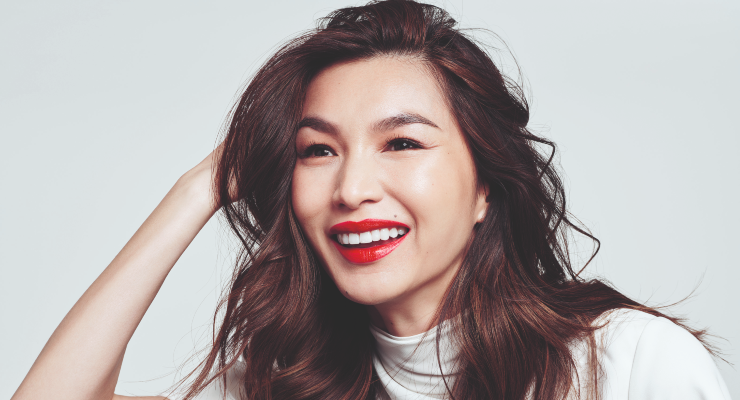 After graduating in law from Oxford University in 2004, Chan was offered a job with one of London's leading law firms but turned it down. Instead, she decided to follow her intuition to pursue an acting career.

Gemma followed first roles in theatre with appearances on household shows such as Doctor Who and Sherlock, before landing her breakout role in sci-fi series Humans. In 2018, she burst into Hollywood in Crazy Rich Asians, followed by the first women-led action film from Marvel, Captain Marvel, an international success. Following this, Gemma returned to British television in the I Am anthology drama series for Channel 4, from BAFTA winning writer-director Dominic Savage. Gemma received rave reviews for her performance in I Am Hannah, which she co-developed and co-authored. This December, Gemma will star alongside Hollywood royalty Meryl Streep in the Steven Soderbergh comedy for HBO, Let Them All Talk and next February, the actress makes an awaited return to the blockbuster Marvel franchise alongside Angelina Jolie and Salma Hayek in Eternals.

Speaking Up for Change

For Gemma Chan, to be an actress gives her the chance to speak up on issues that matter to her. She advocates for inclusivity and feminism, values at the heart of L'Oréal Paris. As often the only person of color on-set when her career began, Gemma experienced first-hand both the need for cultural change – and how much change is resisted.

"Gemma Chan is proof of the success that happens when you have the confidence to follow your own dreams, and speak up for others to be able to follow theirs. Committed to her causes with innate female strength, she's a source of inspiration beyond the screen, for young women to be the change. We're delighted to welcome Gemma to the family," said Delphine Viguier-Hovasse, global brand president L'Oréal Paris.

"I've always believed that we should embrace our difference as our strength. So I'm thrilled to join L'Oréal Paris, a family of empowered women of all origins standing together to show the power and beauty of diversity. The L'Oréal Paris message to every woman: ‘believe in your self-worth’ is as needed today as ever," Chan remarked.
Related Searches
Related Knowledge Center
Suggested For You