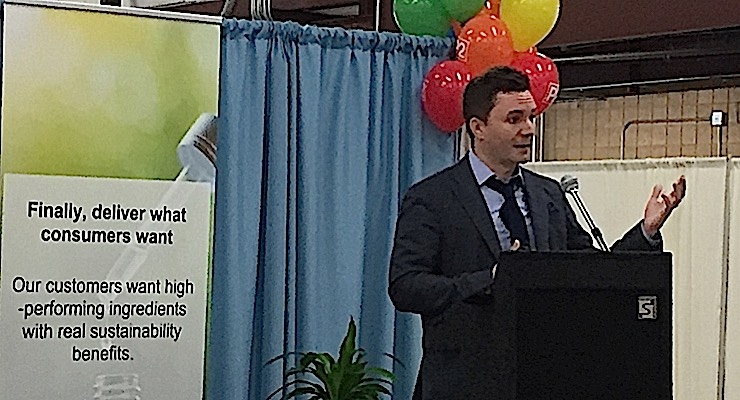 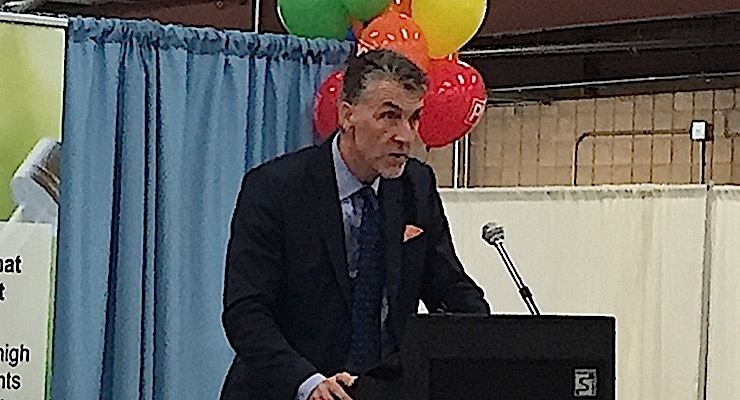 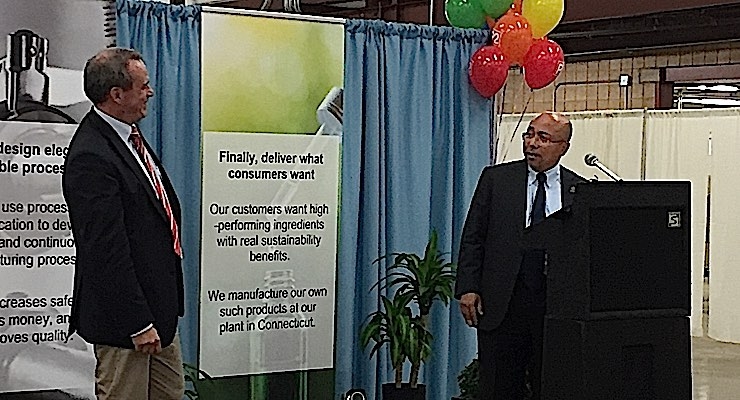 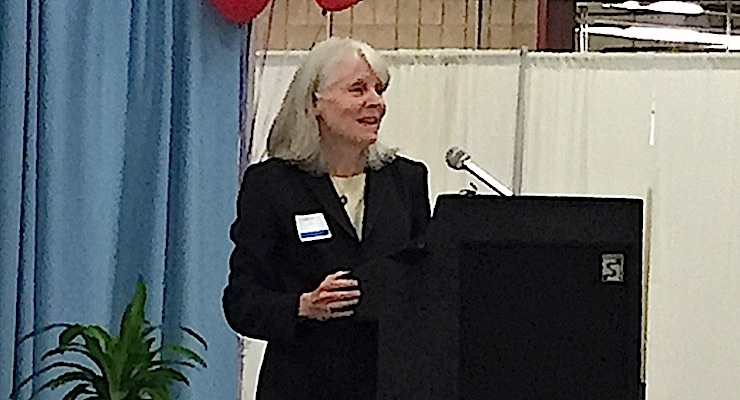 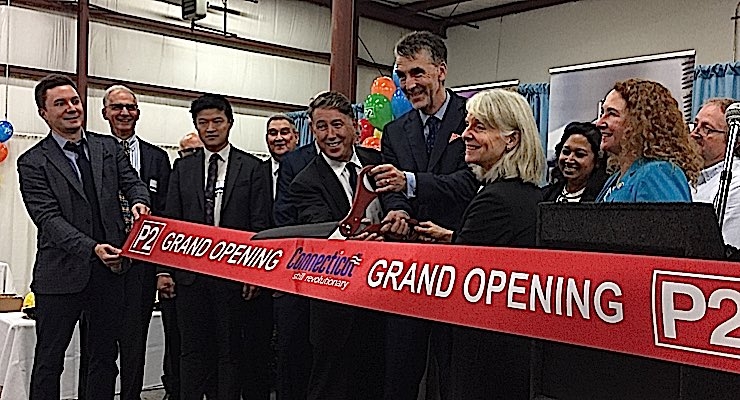 A Grand Opening. P2 CEO Neil Burns is flanked by employees and dignitaries to dedicate the company's new facility.

P2 Science Inc., a venture-backed, biorenewable chemistry company, held the ribbon cutting for its green chemistry advanced manufacturing plant in Naugatuck, CT on September 12. Company executives call their plant the first of its kind in the world. P2's PIOz technology provides access to new and existing functional molecules for the flavor and fragrance industry from renewable starting materials such as terpenes from the forest and fatty acids from the field, according to the company. PIOz takes the double bonds inherent in these feedstocks and converts them into ketones, aldehydes and esters. According to company executives, this new tool delivers sustainability and performance to the formulator's palette.


Commercial production at the plant starts in October and will focus on renewable intermediates and ingredients for fragrances, flavors and cosmetics. P2 executives call their Citropol polymers a new class of low molecular weight liquid polymers made from 100% bio-derived Citronellol. The company's clean, mild and high-yielding conversion process results in water-white, clear, odorless liquids. P2 maintains that these polymers can be tuned and modified to achieve a wide range of physical properties that can be used in cosmetics, skin care, hair care, fragrance formulations, and deodorizing and moisturizing applications.


Customers from around the globe will use many of the novel and high performing ingredients produced from the Naugatuck plant, according to P2 executives. The plant is designed to be expanded easily at the current site, which can also accommodate additional production units.


According to P2 CEO Neil Burns, the plant is evidence that the “American dream of advanced manufacturing, highly skilled jobs, and entrepreneurial vigor, is thriving today in Connecticut.”


The plant project was supported by US equity investors Elm Street Ventures, Connecticut Innovations and Ironwood Capital. Overseas Investors BASF Venture Capital of Germany and Xeraya Capital of Malaysia led the latest round of financing. The Connecticut Department of Economic and Community Development also provided advantageous debt financing to support growth at the company.


P2 has created 15 jobs and this will more than double when the plant is running at full capacity. P2 has brought in overseas direct investment of $7.5 million.


Speaking at the event in Nauguatuck were Nancy Wyman, Lieutenant Governor of the State of Connecticut, Catherine Smith, Commissioner of the Connecticut  Department of Economic and Community Development, Professor Paul Anastas of Yale University, Patrick Foley of P2 Science, Michael Nettersheim of BASF Venture Capital, Hapiz Abdullah of Xeraya Capital and Burns. Attendees included customers and partners from around the world, including Italy, Malaysia, Japan and Germany.


P2 Science is a renewable chemistry company. The scientific co-founders of P2, Professor Paul Anastas and Dr. Foley, worked together at the Yale Center for Green Chemistry and Green Engineering. Burns, has spent much of his prior career in the surfactants and oleochemicals industries. Headquartered in Woodbridge, Connecticut, P2 has developed a set of green chemistry technologies for converting renewable feedstocks into high-value specialty products. Investors in P2 include BASF Venture Capital, Xeraya Capital, Elm Street Ventures, Connecticut Innovations and Ironwood Capital. The company is also a recipient of debt financing from the CT Department of Economic and Community Development.