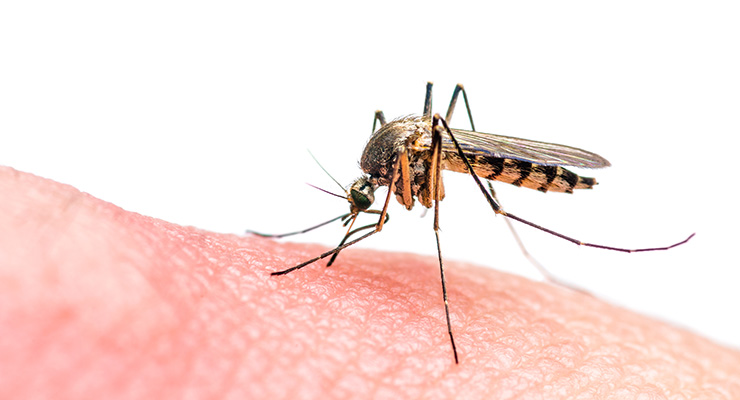 Silicones can do a lot of things; they improve the aesthetics of skin and hair and now, they may just help keep mosquitos at bay! The personal health care products research laboratory and material science research laboratory of Kao Corporation reports that application of a low-viscosity silicone oil on human skin can prevent mosquitoes from staying on the skin, and can keep them from starting to blood-feed. Unlike conventional insect repellents, this mosquito repellent technology focuses on the microscopic structure of the mosquito's legs, a new approach that alters the skin's surface to give it properties disliked by mosquitoes and prevents them from staying on the skin, according to the company.

Kao notes that as vectors for infectious disease, mosquitoes have killed more people than any other creature on earth. Kao hopes to apply this technology to helping protect people from mosquito-borne infectious disease. These research results were published in Scientific Reports,1 an electronic journal of Nature Research.

The company notes that in recent years, the incidence of mosquito-borne infectious disease has increased dramatically, driven by global warming and the development of transportation networks, which have expanded the mosquito's habitat. According to a paper published in Nature in 2013, an estimated 390 million people a year are infected with Dengue fever after being bitten by the Aedes mosquito, which carries the pathogen.2 The WHO also notes that 40% of the world's population lives in areas at risk of Dengue fever.

Fig 1: Droplets of glycerol and low-viscosity silicone oil deposited on a surface that simulates a mosquito leg.
And yet, currently no effective vaccine or treatment for Dengue fever has been established and symptomatic therapy is the only care available. This is why preventing mosquito bites is an important way of also preventing infection. In infected areas, regular application of insect repellent, along with clothes that reduce skin exposure are recommended, but Kao research has revealed that in fact in Indonesia, Thailand and Vietnam, where mosquito-borne infections occur year-round, 80% of the population is bitten by mosquitoes on an almost daily basis.3

Fig. 2: Force values with respect to the immersed depth of the forelegs.
A Leg Up on Research

Kao thus began studying surfaces that mosquitoes dislike, using a high-speed camera to observe mosquitoes landing on a variety of surfaces. The results showed that mosquitoes will not stay on surfaces to which a particular hydrophobic oil had been applied, and will quickly fly away. Researchers also observed that afterward, the mosquitoes would rub their legs together in an action intended to wipe off the oil adhering to them.

Focusing on this phenomenon, Kao considered in detail what happens when the mosquito's legs come into contact with a liquid. When that liquid was water or glycerol, it remained in droplet form and it did not spread to the mosquito's legs. This is due to the unique microstructure of the legs, which are highly water-repellent. On the other hand, researchers also learned that squalane—also used in formulating skin care products—and low-viscosity silicone oil form droplets that spread to the legs within a short time after contact (Figure. 1). 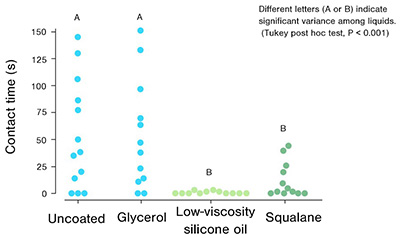 Fig. 3: Contact time of mosquito legs on liquid coated glass substrates.
When this wetting phenomenon occurs, in a short time a force is exerted on the mosquito's legs, drawing it into the liquid. Kao's researchers used a force tensiometer to measure the force generated when the mosquito's legs were brought into contact with the liquid. Results showed that when wetting from a low-viscosity silicone oil spread on the legs, it generated a capillary force (the force generated by the wetting behavior of a liquid) of approximately 5μN (Figure 2). This level of force represents a threat to small, light-weight insects such as mosquitoes, and is thought to trigger escape behavior.

In tests on human skin, an average of 85% of female mosquitoes that landed on non-coated skin displayed blood-feeding behavior, while an average of only 4% displayed such behavior on skin to which low-viscosity silicone oil had been applied (Figure 4).

Fig. 4: Mosquito bites on liquid-coated forearms.
phenomenon. Several animals are known to secrete sweat and other substances. The researchers speculated that the "red sweat" secreted on the skin of hippopotamus, in addition to providing UV protection and moisturizing, might also work to protect the animal from mosquitoes.

Hippopotamus secretions were provided by Adventure World in Wakayama Prefecture, and a silicone oil with properties similar to those secretions was prepared. Kao researchers conducted an experiment that involved getting mosquitoes to land on substrates to which each of the substances had been applied. The results revealed that both liquids were effective in reducing mosquito landings (Figure 5).

This result suggests that hippopotamus secretions have the ability to protect the skin from mosquitoes.

Utilizing the wetting phenomenon, Kao has developed a method for protecting against mosquito bites. This is a new technology with a mechanism of action that differs from conventional insect repellents such as DEET and picaridin, which rely on volatile active agents. Going forward, Kao plans to use the knowledge obtained from this study in the development of products to protect the skin from mosquitoes, and to contribute to protecting people from mosquito-borne infectious diseases. 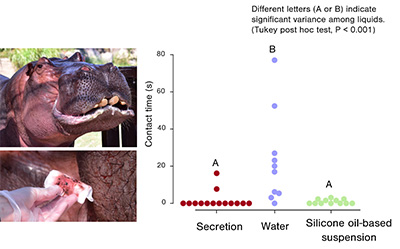 Fig. 5: Contact time of mosquitoes on hippo-secretion-coated and water-coated substrates.