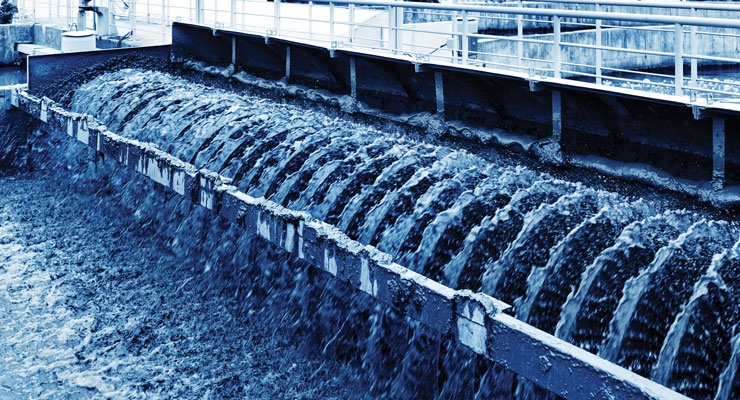 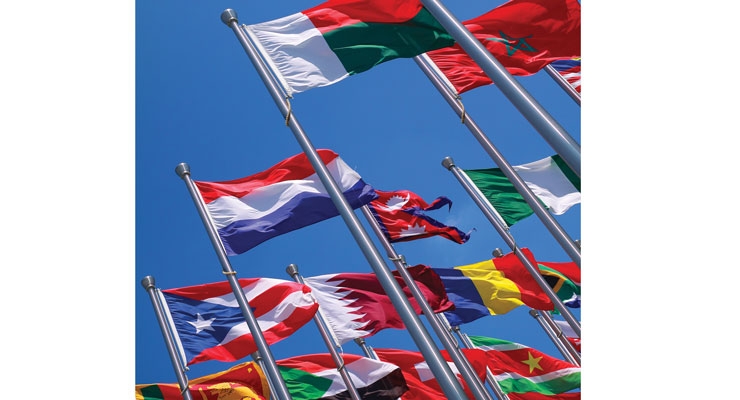 Members of the nonwoven fabrics industry may not be aware of this on-going global effort—that would establish a technical specification that applies to the concept of flushability—which has been underway for nearly three years.

It began with a group of Canadian wastewater professionals, known as municipal Enforcement Sewer Use Group (MESUG). Like INDA, EDANA and other wipes industry stakeholders. This effort hopes to create new standards to cut down on the amount of nondispersible debris clogging sewer systems around the world. This effort, if successful, will ultimately lead to a standard definition of the term “flushable” that could be used to sell product at premium pricing in nearly 200 countries around the world.

The process of developing and ISO standard typically takes three to five years.

Setting the Standard
Technical standards and specifications have a couple of different uses but, generally speaking, their universal purpose is to ensure industry conformance to common manufacturing practices. A standard nut will work on a standard bolt, for example, even if both nut and bolt were made by different manufacturers.

In the U.S., the American National Standards Institute (ANSI) is a globally-recognized source for establishing and maintaining industry standards and specifications, but there are other organizations – ASTM International for example—that also do this type of work.   More globally, the ISO serves as a body for nearly 200 participating countries to develop standards that cross borders and continents.
With this background there are several other important things to know about technical standards and specifications: 1) nothing developed by ANSI or ISO is mandatory; 2) all standards are actually a series of test methods that are agreed to by consensus; 3) standards often have useful applications beyond ensuring a nut will fit a bolt; and 4) by their very nature, standard-setting processes tend to be lengthy marathons that can be drawn out for years or decades.

With the concept of a nut fitting a bolt, technical standards and specifications also apply to the most primary requirement of human existence: drinking water.

In the U.S. – unlike other countries in the world – we generally take it for granted that the water which comes out of our taps is safe to drink. Thanks to U.S. Environment Protection Agency (EPA) regulations under the Safe Water Drinking Act, the Clean Water Act and other legislation, people who live and work in any building that is connected to a municipal waste water treatment plant can presume their drinking water meets Federal safety regulations.

EPA regulations, in turn, are based on the ability of wastewater treatment plants (also known as Publicly Owned Treatment Works – or POTW’s) to process the effluent that is discharged to their systems. Anything flushed or drained into a municipal sewer system eventually ends up at the POTW.

Historically, Congress has recognized the national obligation to support POTWs, but since the mid-1990s has repeatedly relied on a series of “Continuing Resolutions” (CRs) to fund these sorts of programs. CRs don’t include cost of living increases, deteriorating infrastructure, inflation, increased demand, or anything else; they merely allow spending to continue at the same level as the previous year.

And because there’s scarce Federal money to cover the shortcomings of reality, POTWs rely on their state and local governments—which have also been strapped for nearly two decades in many instances—for the bare minimum needed to meet EPA and state-level regulations.

Apply the concept of safe municipal tap water on a global basis and you get ISO TC224/WG10 – a committee of representatives from all over the globe working to define the concept of flushability through a technical specification that’s acceptable to a majority of interested nations.

A Global Standard
For U.S. nonwovens manufacturers, a successful outcome from ISO TC224/WG10 would be the ability to label any conforming material as capable of being flushed down a toilet in any ISO country. So far, the U.S. nonwovens industry has been primarily focused on wipes with regard to TC224/WG10, but other participants in the process see this project as an opportunity to get an ISO flushability certification for all sorts of products.

Earning the privilege of labeling a product “Flushable” inherently relies on a consensus from top to bottom amongst all stakeholders. This is why ISO TC224/WG10 includes members who manufacture and distribute potentially flushable products and who represent the  POTWs.

Similarly, as the U.S. representative to ISO, ANSI has created a Technical Advisory Group (TAG) comprised of manufacturers, distributors, and POTW operators to work out a suitable specification —based on mutually-agreed-upon test methods—for labeling a product “flushable.”  Once adopted, the ANSI TAG’s recommendations will be forwarded to ISO and considered alongside similar proposals from other participating countries.

What’s at stake from industry’s standpoint? It’s been argued in court that manufacturers are able to sell a flushable wipe for twice the amount they charge for a standard wipe so for the wipes manufacturer there are economic benefits. But these benefits will be dwarfed by other problems if the wipes industry and representatives of POTWs do not find a way to remove the stigma of flushable wipes.

Enter industry-only standards development.
Beyond the world of ISO, ANSI, and other independent standards-setting bodies, industry trade associations like INDA in the U.S. and EDANA in Europe have worked toward establishing flushability guidelines for more than a decade. The result has been three editions of flushability guidelines and, in North America, INDA is currently working on a fourth edition. For this latest go-round, members of the wastewater industry are offering their input. Including wastewater professionals does not only offer the benefit of their knowledge and experience, it will hopefully eliminate any assumptions that the nonwovens industry is only serving its own interests in this effort.

As INDA literature explains, there are all sorts of products made from nonwovens that shouldn’t be flushed down a toilet, and back when this intra-industry debate began, it was a question of whether the definition of “flushable” would be decided by INDA/EDANA; INDA and/or EDANA in collaboration with an independent standard-setting body; or, as last resort, governmental bodies responding to problems at POTWs due to clogs.

In developing an industry guidance suitable for labeling products “flushable,” INDA notes: “In 2008, we issued the first Guidance Document to help wipe manufacturers assess whether their products should be flushed into the wastewater stream.” This is known in industry as GD 1.”

INDA’s fourth edition of these guidelines on which it is collaborating with POTW representatives will include more stringent test methods and labeling practices. The association has also submitted its guidance documents for consideration as ANSI recommendations to ISO under the TC224/WG10 project.

Legal Efforts
Stepping away from the complicated process of technical standards and specifications, there is also a real time court case that’s directly related to this issue.

Last October the Federal Court for the Eastern District of New York paused a proposed class action lawsuit leveled against Kimberly-Clark, Procter & Gamble, Costco, CVS and Wal-Mart for misbranding wipes that meet INDA/EDANA flushability guidelines.  Two plaintiffs—Joseph Kurtz of Brooklyn, NY, and Anthony Belfiore of Great Neck, LI—claim their plumbing systems were damaged by wipes that were falsely labeled as “flushable.”  Other consumers in the potential class action are seeking to recoup the extra money they spent for wipes labeled “flushable” even though the more expensive wipes performed pretty much the same as ordinary wipes when flushed.

In issuing the stay, Judge Jack Weinstein determined that the U.S. Federal Trade Commission (FTC) is most capable of developing a definition for flushability that protects consumers. He paused the case, therefore, until FTC had more time to develop a definition for the term.

About a month later, plaintiff’s attorneys moved to lift the stay after a settlement agreement was reached between FTC and Nice-Pak Products Inc. (see Nonwovens Industry, Capitol Comments, July 2015). The agreement prevents Nice-Pak from marketing — or inducing others to market—wipes as flushable unless there’s proof that the product “disperses in a sufficiently short amount of time after flushing to avoid clogging, or other operational problems in household and municipal sewage lines, septic systems and other standard wastewater equipment.”

This, according to plaintiffs, was the FTC definition that Judge Weinstein sought.

Not so fast, the Judge ruled last December, “The adoption of a definition of ‘flushable’ between Nice-Pak and the FTC,” Weinstein wrote, “does not address the concern with the development of a uniform and nationally applicable definition in related cases.” The Judge went on to explain his view that the FTC agreement only relates to Nice-Pak and his belief that the commission was continuing its investigation. Until FTC issues a more inclusive stance on the issue, therefore, this class action effort remains stalled.

As part of the Kurtz case, consumers’ attorneys argued that GD3: “…really takes us to the next step because once the manufacturers took control of INDA, what they have done is – and this is the scientific aspect of it – they have created their own testing methodologies that they knew their products would pass” with little consideration as to what happens after the wipe passes through the toilet.

Of course, INDA has used third-party testing in developing the current guidelines and the inclusion of members of the wastewater industry should hopefully put an end to accusations that these guidelines are self-serving to the nonwovens industry alone.

As INDA’s director of Education and Technical Affairs, Jim Loftus, writes: “Industry and Wastewater professionals continue to work through the fourth edition Guidance Document focusing on the Municipal Pump Test (FG507) and the Slosh Box (FG502). We believe that if we continue to have good dialog and continue with both lab and field work, there is no reason why we can’t reach an agreement by the end of 2016.”

Loftus further explains that INDA sees the GD4 process as a means of developing “…an overall agreement between wastewater and industry [which] would be a win. It’s not really ISO agreeing with anyone – it’s the parties and countries involved within this ISO workgroup that create all the agreements. As long as countries and individual wastewater/industry entities can come to an agreement – this is a win.”

When asked if the North American nonwovens industry would continue to support efforts to develop a flushability specification in conjunction with an independent standard-setting body if the ISO process fails to produce a global specification, Loftus replied: “Although I haven’t polled industry members, there really is no reason not to do this. We would have to think through it however.

“The nice thing about the INDA/EDANA guidance document is that it is global … so that even if we went through ANSI, which is more U.S. centric, there would still be a need to deal with potential global issues and concerns. ANSI may or may not be willing to do that. In addition, the Guidance Document is only one part of the overall industry Code of Practice for flushable wipes.

The development and implementation of international standards can only help the industry’s efforts to regulate what goes down the toilet. Meanwhile, INDA’s and EDANA’s efforts to work with wastewater treatment organizations, not only on testing guidelines but labeling practices, and other stakeholders should help the consumers know the difference.
Suggested For You 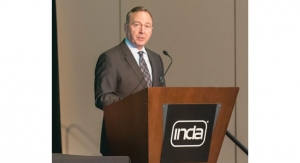 Industry Continues Efforts to Keep Wipes Out of the Toilet 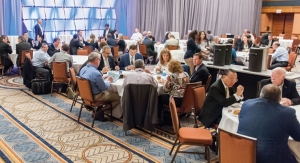 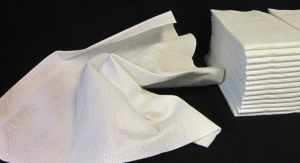