By definition “claim” is a term that embeds lack of consensus and, as such, cannot present the ultimate truth—but is aiming to persuade on a subjective basis. According to the Merriam-Webster’s Dictionary, “claim” is defined as “to say that (something) is true when some people may say it is not true.” When utilized in marketing, the key question is: how one can minimize the population of those who disagree with the claim and maximize the number of those who agree with the claim? How is this done? What is the art of persuasion?


In skin care products, the first impression of human senses is to be convinced—vision, odor and tactile sensation; which are followed by detailed processing and more in-depth processes, such as changes to the skin. The latter presents a whole different level of sophistication that is utilized in claim strategies; some are explained here. As I am a scientist and not a marketing professional, my views should be considered in this appropriate scientific context.


Companies present scientific data of their studies and justification based on their perception of consumer desire. The unspoken message in such an approach is: “we are experts.” Using scientific terminology, sometimes irrelevant and/or misleading, feeds on the consumer’s inability to fully study and investigate in order to really understand and criticize the presented claim.
For example, “decreases cellular apoptosis” is such claim. A layman may not know what “apoptosis” is, but even if he looks it up to find out that it refers to cell death he may think that maintaining cell life is favorable. In fact, apoptosis is programed cell death that is necessary to preserve an organ’s viability and is a normal process that perhaps should not be subsided in healthy skin.  Apoptosis is a process of organ viability protection from harm.


Consumers tend to trust “science” especially if presented in a “scientific format” such as charts or numbers. In addition, when reviewing marketing claims presented in a scientific manner, the average consumer is unlikely to study critical aspects such as use of placebo control and statistical significance. Marketers may hide the endless scope of study limitations and present data in a manner that is flattering to their product using “big words” that may be controversial or only partially understood by the scientific community.


Humans are the only species motivated almost solely by ego. The goal is to fulfill one’s immediate desire; cost to others is secondary or ignored. This competition has no logic because clearly collaboration and harmony demonstrated in nature brings less risk and higher rates of success. Why would one wish to have more and better when compared to others while he actually has already more then he really needs? The deep desire for superiority that is dictated and fed by society has no explanation other than nourishing the ego. Humans may not only be inconsiderate but at times act at the expense of others. Such behavior is explained by psychological theory termed “the prisoner dilemma."


This term stems from the game theory that demonstrates why two rational individuals might not cooperate even if such cooperation appears to be in their best interest. The scenario goes as follow: two members of a criminal gang are arrested and imprisoned. Each prisoner is in solitary confinement with no means of communicating with the other. The prosecutors lack sufficient evidence to convict the pair on the principle charge. They hope to get both sentenced to a year in prison on a lesser charge. Simultaneously, the prosecutors offer each prisoner a bargain. Each prisoner is given the opportunity to betray the other by testifying that the other committed the crime, or cooperate with the other by remaining silent.


The offered options are:
• If both betray each other, each serves two years in prison;
• If one betrays the other, but the other remains silent, the betrayer will be set free and the accused will serve three years in prison; or
• If both remain silent, they both serve one year in prison on the lesser charge.


The scenario implies that the prisoners will have no opportunity to reward or punish their partner other than the prison sentences they receive, and that their decision will not affect their reputation in the future. Because betraying a partner offers a greater reward than cooperating with him, all purely rational self-interested prisoners would betray the other, and so the only possible human nature-based outcome for the two prisoners is to betray each other although logically it results an outcome of less favor.
The interesting aspect of this result is that pursuing individual reward logically leads both of the prisoners to betray one another, when in fact they would get a better reward if they both kept silent. In reality, humans display a systematic bias toward cooperative behavior in this and similar games, much more so than predicted by simple models of “rational” self-interested action. This behavior mirrors that of some marketing people who choose to “betray” the consumer while forgetting that they are consumers as well.


Marketing claims are composed in a manner that presents only attributes that support the product. Since every product has limitations and since not every product is for everyone, when limitations are not presented and preferably highlighted, marketing ads tell a very subjective, partial, sometimes twisted story.


The prisoner dilemma often gets played out in our industry. One example is the use of antiseptic products such as hand cleaning soaps. There is no proof that the use of such products is more effective at cleansing when compared to washing hands properly with warm water and soap, and there is some evidence that extensive long term use may compromise the skin’s barrier and innate immunity. Taking this into consideration, the ideal scenario is that the product will be used only if using water and soap is less efficacious. However the average consumer is persuaded to think that the product is essential at protection from harmful bacteria and that “everyone” around him is using it. Therefore if he is the only one who does not use it, he exposes himself to the potential contamination by bacteria, perhaps even resistant strains that are developed over time because they are constantly challenged by the extensive use of these products.


Speaking to the Heart


Too many marketing claims dwell on the “fear factor”—defined as the extent to which a person’s fear keeps him or encourages him from doing something; any feeling of fear that prevents or fosters an action. Here, marketing claims present consumers solutions to problems, seeding fear and offer answers to the problems. Some of these “problems” may be unrealistic, untrustworthy or irrelevant to a portion of the population. Sometimes the manner in which these “issues one must solve” are presented as difficult to judge by consumers subjectively and key information may be missing. For example, consumers are encouraged to use sunscreens to protect their skin from potential skin cancer and aging, but they are not told why and how a healthy pattern of sun exposure can actually boost their immunity because it allows vitamin D production in the skin, a hormone that is an immune-modulator that can prevent cancer. There are two sides to every coin.


I am a consumer and I doubt many marketing claims. While as a scientist I am trained to doubt, I am not alone; I sense that a shift is occurring, an educational shift, a moral shift.  If we maintain a mindset that marketing claims cannot be objective and truthful, we are at the edge of losing consumers’ trust altogether and, perhaps, a systemic collapse. If the individual’s ego cannot be controlled to demonstrate the necessary level of care and respect to others we will come to a situation where we are all disrespectful and disrespected. With today’s technology, it is not difficult to demonstrate that we are all connected and that one action at a remote location may affect us individually.


In fact, by maintaining the current notion of aggressive claims, we ignore a key rule of nature. Acting against nature inevitably induces a negative reaction. The third Newtonian law explains that “for every action there is an equal and opposite reaction.” This means that in every interaction there is a pair of forces acting on the two interacting objects, in our case, consumer and advertiser. The force on the first subject equals the force on the second; however, the direction on the first object is opposite to the direction of the force on the second one.


Forces always come in pairs, equal and opposite action-reaction force pair. If one launches a product with the intention of profiting at the expense of the other’s ignorance, this law demonstrates that it is merely an illusion. Internalizing this understanding into our work is a key to the required shift. In the end, even logically, for the long run, such shifted moral approach is in the individual’s favor. A marketing claim should present the objective of the product, its aim used in conjunction with its limitations and the population that is not recommended to use it. We should develop products with the mindset that we—and our loved ones—use them.


In future columns I will present and discuss a variety of scientific approaches combined with my thoughts on the skin care industry.


About the Author
Nava Dayan Ph.D., is the owner of Dr. Nava Dayan LLC, a skin science and research consultancy serving the pharmaceutical, cosmetic and personal care industries. She has 25 years of experience in the skin care segment, and more than 150 publication credits. Tel: 201.206.7341; Email: nava.dayan@verizon.net 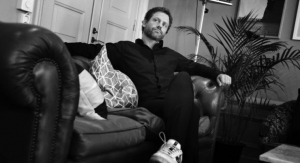 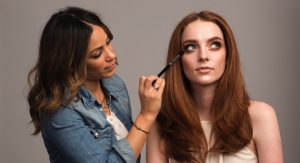 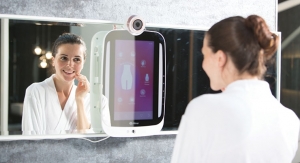 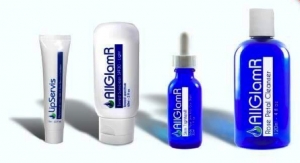