Ironically, the cosmetic market primarily serves women but men still occupy the majority of key strong positions, which creates somewhat of a blurred vision.  Hopefully, every man has a woman to whom he listens. It may be surprising to men reading this column, but women want to look good so they feel good. As much as it may be disappointing for men, by their nature, women do not pay as much attention to men’s appearance (men think they do because they desire to look good in the eye of women).

According to Countrymeters.info, the US gender ratio is approximately: This means that in the US, women give birth to more males, but females outlive males.


When it comes to skin care research, the following questions can be asked:
Skin Physiology and Biology

A review of several interesting publications explains a few basic gender differences in skin physiology and biochemistry. A publication from 2009 by a team of scientists at Estée Lauder summarizes that men’s and women’s skins differ in a variety of aspects, including hormone metabolism, hair growth, sweat rate, sebum secretion, surface pH and fat accumulation.  In order to intervene in skin research, one must first understand the intricacies of gender-related skin differences.


Undoubtedly men and women are genetically different, but how do these differences affect phenotypic and functional differences? In addition, in studying the skin, consideration of the role that genetic and gender-specific environmental exposures may play in skin appearance and structure is warranted. Environmental and occupational exposures are likely dictated by the social culture and biases therein that characterize each gender’s experience. These differences are biologically important as they can affect the interpretation of various skin examinations.


A clinical systematic assessment of gender-related differences in skin physiology in men and women, with a special focus on changes over lifetime, was published in 2013 by a group of scientists at the University of Hamburg in Germany. They studied 300 healthy male and female subjects (20-74 years) filtered by age, sun exposure behavior or smoking habits. Transepidermal water loss (TEWL), hydration level, sebum secretion and pH value were measured at various skin sites. Study results revealed that, until the age of 50, men’s TEWL is significantly lower than the water loss of women of the same age, regardless of the location. With aging, gender-related differences in TEWL assimilate. Young men demonstrated higher stratum corneum hydration in comparison with women. However, while hydration is stable or even increases in women over their lifetime, skin hydration in men progressively decreases beginning at the age of 40. Male sebum production is higher and remains stable with increasing age, whereas sebum production in women decreases over time. Across all skin sites and age groups, the skin pH value in men was less than 5, the pH value of women was greater than 5. Scientists concluded that skin physiological distinctions between the genders exist and are particularly remarkable with regard to sebum production and pH value.


Another 2013 publication reviewed skin characteristics of males focusing on gender differences, skin perception and skin treatment habits. In this study, Japanese scientists investigated simple instrumental measurements as well as gender differences and men’s subjective perceptions of skin and daily skin care habits. Study results revealed that barrier function depends on corneocyte maturation level and sebum content. Irrespective of skin type, a high percentage of male subjects perceived a “tacky feeling” when using skin care products. However, the percentage of men perceiving a “shiny feeling” differed by skin type. Furthermore, relationships between skin care habits and skin condition revealed that men who did not follow a daily skin care regimen demonstrated a significantly higher sebum amount and TEWL value than those who performed a daily skin care regimen. The study results indicate that male skin may exhibit an impaired barrier function due to an excess amount of sebum. In addition, men have a tendency not to follow an appropriate skin care regimen because of the tacky feeling that is associated with higher levels of sebum. These observations may be a reflection of women’s tolerance level to change and adaptation to inconvenience. Women are more likely to accept nuisance if they know it will eventually result in benefits. Men are less likely to tolerate annoyance.


A study conducted at the University of Modena in Italy investigated the ultrastructural and morphometrical characteristics of normal human dermal connective tissue by the influence of age, gender and body region. Here, scientists focused on the structural and quantitative evaluations of key dermal constituents such as collagen, elastic fibers and mesenchymal cells, as well as non-structured extracellular matrix attributes. They investigated ultrastructural differences in dermal biopsies from 50 healthy Caucasian subjects aged six months to 83 years. The team notes striking differences mainly in the perinatal period, for collagen, elastin and mesenchymal cells and, after 50 years of age, for collagen and elastin. Negligible differences were noted between male and female skin specimens taken from different parts of the body but similarly exposed to environmental factors (such as sun exposure). Modifications of the non-structured extracellular matrix appeared to be the consequence of changes affecting the other components. The conclusion has been that age dominates gender but within age groups differences between genders exist.


Johns Hopkins University scientists searched the scientific literature for terms such as gender differences in skin and preformed targeted searches for gender differences in specific dermatologic diseases, such as gender differences in melanoma. Articles reporting gender differences in the following areas were reviewed: acne, skin cancer, wound healing, immunology, hair/alopecia, histology and skin physiology, disease-specific gender differences, and psychological responses to disease burden. The team recognized many of the articles had a recurring theme to a delicate balance between normal and pathogenic conditions. Not surprisingly, this theme was highlighted by the complex interplay between estrogens and androgens in men and women, and how changes and adaptations with aging affect the disease process. Sex hormones modulate epidermal and dermal thickness as well as immune system function, and changes in these hormonal levels with aging and/or disease processes alter skin physiology that can be manifested in properties such as surface pH, quality of wound healing and propensity to develop autoimmune disease. It can therefore affect sensitivity threshold level that can be translated into adverse reactions from a cosmetic product or skin penetration that may affect efficacy. Gender differences in alopecia, acne and skin cancers also distinguish hormonal interactions as a major target.  Clearly, more research is needed to translate these findings to clinically significant diagnostic and therapeutic applications. Because many of the results reviewed did not originate from randomized controlled clinical trials, it is difficult to generalize the data. However, the pressing need for additional research in these areas becomes exceedingly clear, and there is already a strong foundation on which to base future investigations.


A 2016 publication from Malaysia investigated the skin biophysical measurements with respect to gender differences as well as daily activities and skin care habits. The study was conducted on 100 healthy volunteers. Its objective was to evaluate four skin endpoints, TEWL, hydration, elasticity and pigmentation, using non-invasive skin assessment instruments. The study revealed significant differences (P < 0.05) between TEWL, hydration, pigmentation and elasticity in different genders on the same anatomical site of the forearm. Female subjects have a higher average value of TEWL, hydration and elasticity compared to male subjects. The differences may be due to an individual’s daily activity and use of skin care products as well as environmental factors.


A 2017 publication observed gender differences in skin thickness using a high frequency ultrasonography device. This study was conducted on 30 healthy volunteers (17 females, 13 males) ranging from 24 to 61 years old. The entrance echo thickness in five anatomic sites (cheek, neck, palm, dorsal foot and sole) were measured. Study results showed that the epidermis and dermis thickness were higher in males than in females, which was statistically significant on neck and foot dorsum. The echo-density of dermis was higher in females on all sites, but was only statistically significant on neck. The epidermal entrance echo thickness and thickness of dermis in the younger age group was statistically higher than the older group on sole and dorsal of the foot, respectively. Overall, the skin thickness decreased with age.

In summary, gender differences exist and should be acknowledged and considered in nature, in life, in our work practice and in our communication to consumers. Each study design requires customization when considering the product tested, its components, vehicle and other properties. When conducting an in vitro or in vivo study, key considerations related to gender and gender-age criteria should be weighted for safety and efficacy. Females are profoundly affected by hormonal state, therefore their hormonal state should be examined, considered and documented. It is important to understand their cycle in relation to study endpoint time table collection, their age related hormonal status especially during peri-menopause and menopause. In addition, a thorough baseline should be collected from all individuals that include pH, TEWL and others measures that may be relevant to the study objective.

William Lauder to Employees: We're Not for Sale! 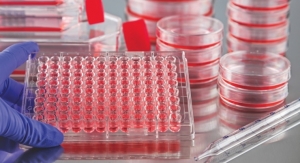 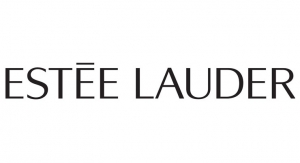 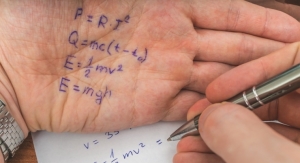