Sales of prestige skin care products with SPF reached $1.4 billion in 2016, growing 7% during the past two years, according to The NPD Group. Even self-tanners have returned to growth after years of declining sales, which is indicative of the widespread concern consumers have about UV exposure. As a result, more people are opting for a UV-free alternative for a summer glow.

In this column, we will briefly review the latest research on how nano engineers have developed melanin-imitating nanoparticles that protect skin cells from within, and the ongoing research into melanin’s transport, distribution and capabilities in human keratinocytes.

Natural and Synthetic
Melanin is a powerful antioxidant and a natural substance found in humans. It is a complex polymer derived from the amino acid tyrosine, and it influences skin color. Lack of tyrosine can lead to vitiligo and albinism. Tyrosine is only found in specialized cells called melanocytes, inside of which are tiny granules of melanin pigment contained in vesicles called melanosomes.

These melanosomes leave the melanocytes and migrate into other cells in the epidermis around the cell’s nuclei. People with more natural melanin have darker skin and those with less melanin have a paler skin tone. Melanin is also responsible for the dark brown and black pigments that we see in hair color.

Melanin is produced naturally, but its production is also stimulated by exposure to the sun. This is the reason why, when we lie in the sun, it triggers more melanin production which causes our skin to become darker. Dark skin that contains more melanin is less likely to be affected by the sun’s dangerous UVA and UVB rays, which are known to cause skin cancer. Boosting melanin content in skin may reduce the effects of early skin damage and reduce the signs of aging. Darker skin is more resistant to the damaging and burning rays of the sun that can cause wrinkles and other skin problems that come with aging.

An enormous range of melanin particles are produced in nature too, such as pigmented bird feathers. Extracting melanin from nature is a complicated task compared to synthesizing melanin in the lab. Researchers hypothesize that synthetic melanin-like nanoparticles would mimic naturally-occurring melanosomes and also be taken up by keratinocytes, the predominant cell type that is found in the epidermis. They were also prompted to search for novel synthetic routes for preparing melanin-like materials because melanin-related diseases are widespread and there is a growing interest in the performance of various polymeric materials related to melanin.

Sun Care Applications
Researchers at the University of California, San Diego have created a sunscreen that both mimics and enhances the skin’s natural protective abilities. Scientists discovered that biocompatible melanin-like nanoparticles can be synthesized through the oxidation of dopamine. This technology allows for the controlled production of synthetic melanin, which mimics the behavior of melanin found in bird feathers. They bathed dopamine, a signaling chemical found in the brain and other parts of the body, in an alkaline solution. This resulted in melanin-like nanoparticles with shells and cones made of polydopamine, a dopamine-based polymer.

When incubated in a petri dish with human keratinocytes, these synthetic particles were absorbed by the skin cells and distributed around their nuclei-like natural melanin. According to Professor Nathan Gianneschi, like melanin, the synthetic material functions as a pigment to darken skin. But the synthetic material doesn’t just fill the cells and make them darker, it actually structures them. The researchers incubated skin cells with nanoparticles and then exposed them to UV radiation for three days. Fifty percent of the skin cells that absorbed the nanoparticles survived compared with just 10% of those without nanoparticles.1

In a cell culture study, synthetic melanin was taken up by human skin cells. They were distributed normally by the keratinocytes in the epidermis, but they also protected human skin cells from UV radiation damage. These nanoparticles are comparable to the naturally-occurring particles in skin and could have many practical applications including a more effective topical sunscreen. Although the synthetic nanoparticle melanin can be formulated into a cream, more research is needed, according to the lead researcher. The challenge now is to translate this into fully intact tissues to see if it is possible to adapt it to a topical formulation.

If the synthetic melanin nanoparticles created in this study were produced in a topical solution, it could mean a much more effective sunscreen.

Conclusion
This discovery, if proven safe and effective, potentially could have practical applications for the treatment of melanin-deficient disorders such as vitiligo and albinism and even act a natural sunscreen. In both cases, patients are at a higher risk of developing skin cancer. In laboratory tests using tissue culture, researchers showed the nanoparticles are absorbed and distributed throughout keratinocytes just like natural melanin. The nanoparticles also protected skin cells from DNA damage caused by ultraviolet radiation. 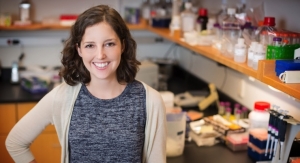 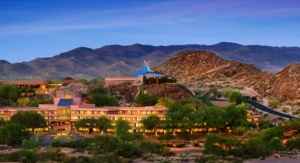 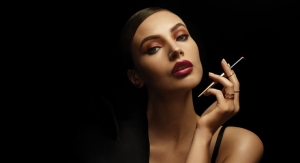 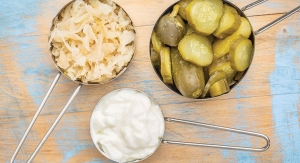 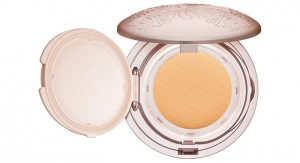 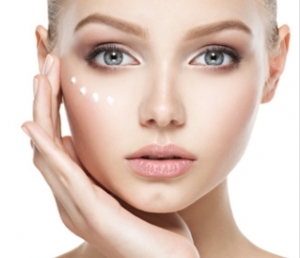 Anti-Aging and Ayurveda are part of well-being