An exciting roster of speakers, a fresh venue and a new executive director created a wave of enthusiasm. 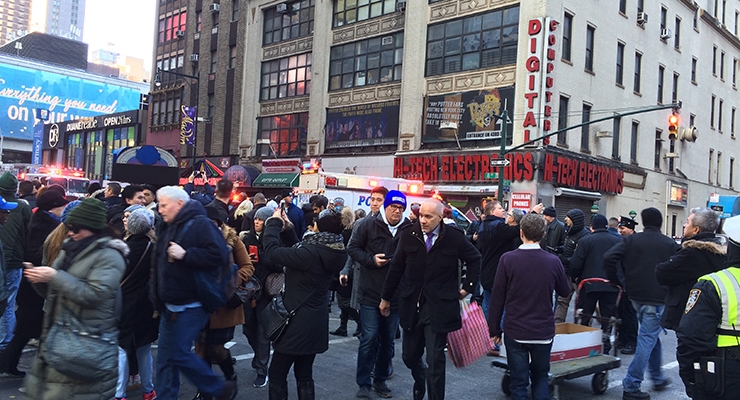 Whether drawn by the lineup of speakers, the opportunity to visit with old friends and make new business connections, or check out the new digs at The Westin Hotel, attendance at the Society of Cosmetic Chemists (SCC) 71st Annual Meeting & Technology Showcase in New York City last month surged past 1,100. The annual meeting started off with a bang when an aborted terror attack in New York’s Port Authority Bus Terminal closed nearby streets and delayed the beginning of the annual meeting for 30 minutes.


It was worth the wait. During the event, the SCC introduced its new executive director Erica O’Grady.  And in addition to interesting presentations, the meeting included nearly 80 technical posters ranging from the bioregulation of stress hormones and communication between cutaneous cells and resident immune cells, to large particle size effects for enhancing color cosmetics and natural extract from plant stem cells to redensify the skin and reduce wrinkles.


At the podium, technical sessions were devoted to sunscreen, hair and scalp, formulation, product innovation, green chemistry, skin biology and nutracosmetics, marketing and testing, and basic hair and skin. Peter Tsolis, The Estée Lauder Companies, served as president of the Society and Anna Langerveld, PhD, Genemarkers, was chair of the Committee on Scientific Affairs. The event came together thanks to the hard work of the SCC National staff, which includes Latasha Archer, Colleen Daddino, Sam Neely and Kenisha Beaupierre.


In his opening remarks, Tsolis noted that SCC added 600 members during the year and now includes more than 5000 members. To continue expanding and growing in the 21st Century, Tsolis noted that the annual meeting was reimagined to include an advanced track and “Basic/NextGen” track to cater to attendees’ interests and experience levels.


That commitment to educating the next generation of cosmetic chemists was evident in Tsolis’ comments. He noted that in 2017 the society added more continuing education program courses, expanded the webinar program to increase its educational footprint, and went beyond US borders to team up with sister societies in Japan and Italy to participate in the first Intercontinental Personal Care Excellence Conference in Stresa, Italy. But chemists didn’t need a passport to gain access to spirited debate, innovative ingredients and sound cosmetic science; they could find it all in the conference halls, technology showcase room and poster session. One  session on Dec. 11 was devoted to challenges and opportunities in sunscreen. Moderated by Michael Fevola, Johnson & Johnson, the roundtable participants included Guy Germain PhD, Binghamton University; food and drug attorney Roseann Termini Esq.; Edward Sargent, PhD, EV Sargent LLC; and Joshua Williams, PhD, Johnson & Johnson.


“We are in a melanoma epidemic,” charged Sargent. “The US has very effective UVB filters to protect against sunburn. But we don’t have good UVA filters. Consumers are not being protected!”


Williams pointed out that consumers are confused, too. Negative articles about sunscreen protection from disparate sources such as the Environmental Working Group and Consumer Reports has consumers questioning the value of sunscreens.


“Education presents a major opportunity, but we need a voice,” he told attendees.


Termini noted that, unlike in other countries, the US Food and Drug Administration regulates sunscreens as drugs and its approval process is lengthy and burdensome. However, Termini suggested that the 2014 Sunscreen Innovation Act offers some hope that the FDA may start acting responsibly on UV protection.


Audience members, many of them industry veterans who were there when FDA introduced the Sunscreen Monograph in 1978, were quick to object, noting that FDA hasn’t approved any new UVA sunscreens in years and, as a result, Americans are much more poorly protected than consumers in other countries.


“FDA has had eight filters in front of it since 2002,” agreed Sargent. “The Sunscreen Improvement Act still hasn’t moved FDA because it is still very concerned about absorption (issues).”


“A well-balanced BMP is the key to the fountain of youth,” she suggested. Wounds heal more slowly in aging skin in part because of slowed communication between stem cells and immune cells. BMP also plays a key role in development; i.e., choosing whether to make a sweat gland or a hair follicle. She predicted that in the future, researchers will make and repair tissue from stem cells.

Following the award luncheon, podium presentations continued with a session on hair and scalp moderated by Valerie George of John Paul Mitchell Systems. Jennifer Marsh, Procter & Gamble, noted that the lipid membrane plays an important role in strengthening the hair fiber. Yet, many shampoo formulas damage the cell membrane structure and loss of internal lipids, which leads to flaws in hair structure and premature breaking.


P&G researchers have penetrated structurally-similar lipids into hair via the use of a gel-network structure created from fatty alcohol and anionic surfactant. The lipids form a lamellar Lβ phase structure which was shown to be stable in a shampoo by SEM microscopy and X-ray diffraction. Formulated into a shampoo, this gel network is effective at delivering fatty alcohols into hair and specifically into the cortex CMC and medulla.


Estelle Loing, Lucas Meyer Cosmetics, detailed the role that biomimetic peptides can play in fighting gray hair. Lucas Meyer researchers identified the genes involved in the graying process, screened potential peptides and narrowed their focus on palmitoyl tetrapeptide (PTP20). She described how PTP20 stimulates the transfer of melanin from melanocytes to keratinocytes, while reducing oxidative stress and stimulating catalase synthesis. In a clinical study involving 15 white-haired volunteers, the active reduced gray hair by 5.3% and after three months of peptide application, the graying process was reversed.


A session moderated by Smitha Rao of Strivectin gave six suppliers an opportunity to detail some of their latest innovations. David Boudier, Silab, detailed the biological signature of well-aging skin, and noted that proliferation and migration capacities of well-aging and poorly-aging skin are significantly different. At the tissue level, reconstruction abilities and dermal protein syntheses of well-aging reconstructed models conducted to a thicker epidermis and more organized dermis compared to poorly-aging. Finally, at the individual level, hydration, firmness, wrinkles and complexion radiance are the four parameters involved in the well-aging. Armed with this data, Silab created a first natural active ingredient to meet consumers’ expectations of aging well. Purified from Bulgarian Rose, it enhances hydration, firmness and complexion radiance while reducing wrinkles, thus allowing the skin to get back its right age, according to Boudier.


Giorgio Dell’Acqua, Akott Evolution, reviewed his work with a mung bean and red clover sprout extract which is said to stimulate the hair cycle and improve hair vitality. In a clinical study involving 26 men with alopecia, a water gel-based serum containing 1% of the extract was tested against a placebo. After 72 hours, the extract at 0.04% stimulated the transcription of signaling molecules associated with the maturation of the dermal papilla cells and with the activity of the hair follicle. Later in the study, the serum containing 1% of the sprout extract increased anagen/telogen ratio and hair density increased over time. Finally, hair pull tests and hair wash test showed less hairs are lost over time when the serum containing the extract was used.


Using computational algorithms for predicting sequence alignment and complementary elements in the 3’-UTR and seed region, BASF researchers identified a specific miRNA as a key miRNA potentially modulating the expression of several crucial proteins involved in dermal architecture, according to Manasi Chavan. These five dermal proteins, involved in collagen and elastic fiber organization and GAGs synthesis, are subtly and directly regulated by a specific microRNA. BASF’s new active ingredient decreases the specific microRNA level in fibroblasts improving related proteins and modulating dermal biomechanical properties in reconstructed dermis. According to Chavan, modulation of the miRNA level with this active ingredient influences the structural properties of the dermis and provides promising strategies to counteract the loss of the skin’s biomechanical properties observed during aging.


Moreover, they are suitable for longer term evaluation versus living skin biopsies as physiological maintenance is preserved up to six weeks versus around two weeks for ex vivo skin biopsies. These models, and associated functional assays, provide a powerful platform to mimic physiological skin lipid metabolism and to screen for and assess the efficacy of modulating active ingredients to balance excess or lack of sebum in conditions closer to in vivo conditions. These methods could be used to study 2D sebocytes monolayers or 3D ex vivo sebaceous gland models’ behavior when exposed to stress, cell culture specific conditions, ingredients or finished products.


Tia Alkazaz, Active Micro Technologies, detailed the benefits of three natural antimicrobial peptides, Leuconostoc radish root ferment filtrate, Lactobacillus ferment, and Lactobacillus (and) Cocos nucifera (coconut) fruit extract, in relation to the skin microbiome. Two increased the beneficial bacteria in participants while decreasing the presence of Propionibacterium sp. Lactobacillus ferment decreased all bacteria genera found in participants, compared with triclosan as positive control and water as negative control. After the conclusion of the topical treatments, Propinobacterium sp. reappeared in the skin of the participants treated with antimicrobial peptides. Moreover, the beneficial bacteria Staphylococcus sp. and Corynebacterium sp. continued increasing after completion of the treatment. By increasing the populations of beneficial bacteria and decreasing the population of Propionibacterium sp; i.e., the commensal bacteria associated with the development of acne, this study demonstrates the potential of natural antimicrobials to promote a balanced skin microbiome, according to Alkazaz.


Martin Kurlowicz, Mirexus, detailed the benefits of phytoglycogen (PG) as a moisturizer and anti-aging ingredient. This naturally-occuring polysaccharide can be extracted from a number of plants including non-GMO sweet corn. PG was formulated into skin care products at 0.1%, 0.3% and 1% levels. Mirexus conducted in vitro studies on human fibroblast cells exposed to 0.05% phytoglycogen, and found that they grow 20% faster and produce 60% more collagen and 83% more hyaluronic acid than controls. Further, fluorescently labelled PG penetrates human skin to depths corresponding to the dermal layer, suggesting that PG formulated in a cream can reach live skin cells to enhance metabolism and promote the endogenous production of biopolymers essential for healthy skin. In fact, Kurlowicz concluded that PG enabled the endogenous production of more collagen and hyaluronic acid, while simultaneously moisturizing the skin. Sensory evaluations also demonstrate a strong preference for PG over HA. The net result is statistically significant improvement in coarse and fine wrinkle depth, color uniformity and clarity, and hyperpigmentation.

A Breath of Fresh Air Courtesy of Silab 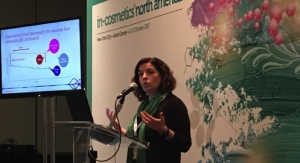 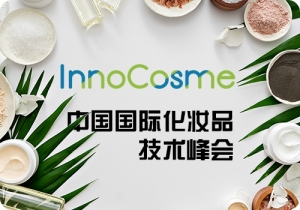 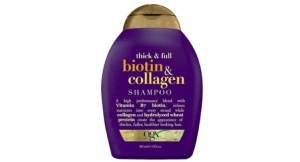 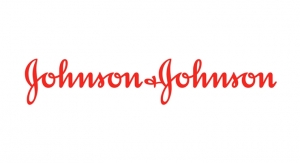