The American Chemistry Council (ACC) reported that US specialty chemicals market volumes gained 0.1% in January, following a 0.8% gain in December. All changes in the data are reported on a three-month moving average (3MMA) basis.  According to ACC, weather may have played a role in the slow start to the year. Of the 28 specialty chemical segments, 20 expanded in January and eight experienced decline. During January, large market volume gains (1.0% and over) occurred in lubricant additives.
Related Searches
Related Knowledge Center
Suggested For You 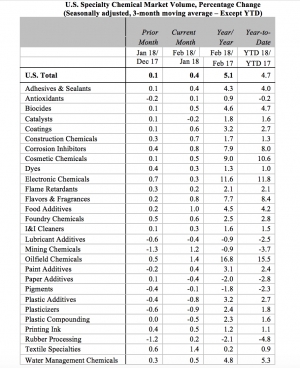 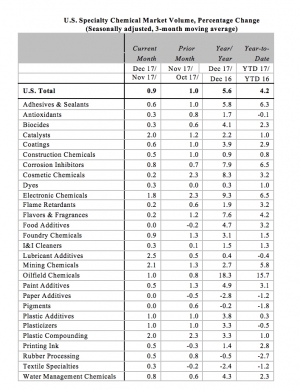