The Procter & Gamble Company has agreed to discontinue its claim that its Gain Ultra Dish Soap has “30% More Degreasers vs. Ajax” following a challenge by Colgate-Palmolive Company before the National Advertising Division (NAD), the investigative unit of the advertising industry’s system of self-regulation which is administered by the Council of Better Business Bureaus.


Colgate-Palmolive contended that the claim that Gain Ultra Dish Soap has “30% more degreasers vs. Ajax,” made on product packaging and the advertiser’s website, necessarily communicates the message that the product has 30% more cleaning power than its product—a claim that, it argued, is unsupported.


During the pendency of this NAD proceeding, the advertiser informed NAD in writing that the claim “30% More Degreasers vs. Ajax” is being permanently discontinued and that bottles bearing new labels without the challenged claim were already being disseminated in the marketplace.


Based on the advertiser’s assertion in writing that it has permanently discontinued the challenged claim, NAD did not review the “30% More Degreasers vs. Ajax” claim on its merits. The voluntarily discontinued claim will be treated, for compliance purposes, as though NAD recommended their discontinuance and the advertiser agreed to comply.


In its advertiser’s statement, The Procter & Gamble Company stated that it remains a strong supporter of the industry self-regulation process, thanked NAD for its time and attention to this matter, and stated that it agrees to comply with NAD’s recommendations.


A recommendation by NAD to modify or discontinue a claim is not a finding of wrongdoing and an advertiser’s voluntary discontinuance or modification of claims should not be construed as an admission of impropriety.
Related Searches
Related Knowledge Center
Suggested For You 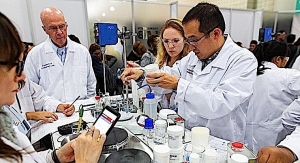