Traditional gender roles are being swept aside in the European fragrance market which has witnessed a big increase in gender neutral launches as well as marketing campaigns focused on inclusivity, mostly aimed at the younger generation. Despite this emerging trend, the demarcation between men’s and women’s fragrances remains strong and unlikely to change any time soon.
Western European fragrance sales for men and women are experiencing a boost. Euromonitor International estimates fragrance sales rose 3.2% last year to $13.9 billion. Growth rates in Eastern Europe were even stronger, rising 4.7% to more than $3.9 billion. Gains were fueled by Ukraine (+10.9%), Belarus (+10.6%) and Turkey (+9.7%). In comparison, the fastest growth market in Western Europe last year was the UK, which increased 6.4%.

Culturally, there are some important differences in terms of fragrance usage between European nations. According to Mintel, French consumers are most likely to use different fragrances when the seasons change (55%), while Germans are the least likely (36%) to make a switch. Some 80% of Germans say that choosing their own fragrance is better than receiving one as a gift and they are also most likely to say that fragrances have too much packaging (51%). The most experimental nations are Spain and Italy, where consumers say they like to try new fragrances (81% and 78%, respectively). They also have the most heightened sense of individuality, with 73% and 72%, respectively, saying they like to wear a different fragrance to everyone else.

Niche Goes Mainstream
Brands such as Byredo, Le Labo and By Killian are examples of brands that were once denoted as “niche” but can be found more widely and target consumers who are tired of the mass offerings from traditional fragrance houses.

“These brands have emerged as disruptors in the industry and have started leaving the niche segment as soon as they lost their exclusivity,” states Clotilde Drape, research analyst, Euromonitor International. Their growth has been facilitated through acquisition by multinationals or equity funds, but at risk of damaging brand DNA.

“The industry is now looking into the next generation of disruptors,” she maintains.

Men v. Women
GlobalData’s research confirms that, at a regional level, both men and women prefer fresh fragrances. However, in the majority of countries explored (not just Europe), men find fresh, marine/ocean and musky scents more appealing than do women, who usually seek out floral and musky scents.

“This implies that gender specific preferences do persist,” said Lia Neophytou, analyst, GlobalData, “but similarities such as the common desire for fresh fragrances across both genders suggest opportunities for gender-inclusive fragrance propositions.”

“Traditional gender roles are gradually being dismantled, driven by brands which are presenting consumers with progressive products accompanied by inclusive marketing campaigns,” comments Neophytou. “Brands that seek to champion genderless fragrances tend to invest in neutral and minimalist packaging, avoiding shapes, colors and claims that are typically associated with a specific gender.”

Such brands aim to appeal to both genders by avoiding stereotypically feminine or masculine scents, such as purely floral or purely woody formulations.
Traditionally, Chanel has not been known to jump onto new trends, but the luxury brand recently entered the unisex market with a range of three light and citrusy fragrances under the name Les Eaux de Chanel.

“Not specially focusing on empowerment, it is interesting to note Chanel’s first foray into the sector as it recognizes the shift toward non gender-specific scents, as more women in particular buy into gender-fluid scents,” comments Rosalia Di Gesu, global beauty and personal care analyst, Mintel.
Meanwhile, British perfumer Jo Malone celebrated her 25th anniversary in the fragrance industry with an inclusive scent aimed at men and women with notes of grapefruit, lime, black pepper and cedarwood.

In February, Clarins-owned fragrance brand Mugler launched a unisex fragrance collection targeted at Millennials and Gen Z consumers, the groups that are breaking down gender stereotypes.
Another way of catering to the younger generation is through subscription services, such as Scentbird or Sniph and through opportunities to customize fragrance, such as London-based Emmanuelle Moeglin’s Experimental Perfume Club’s first luxury collection of three customizable fragrances to be worn singly or blended for a personal scent.

Another example is the “fragrance enhancer,” an eau de parfum innovation that works with existing fragrances for a more bespoke scent. Called I Don’t Know What by D.S. & Durga, the product is layered with a user’s existing perfumes to create their own scent giving it a certain, as the French say, “je ne sais quoi” or “I don’t know what.” The formulation features topnotes of bergamot essence, heart notes of Iso E Super and vetiver acetate and base notes of civettone, firsantol and ambrax super.

Immersive Experiences
Genderless fragrance brands often use digital marketing and ecommerce strategies to gain traction with younger European consumers. It is timely that fragrance brands are seizing this opportunity to connect directly with consumers at a time that European retail stores are coming under increasing pressure from ecommerce competition. For example, Diptyque uses pop-ups in Berlin and London to engage with consumers. while The Fragrance Shop in the UK are offering “sniff bars,” blending physical and digital platforms, where consumers can chat with shop assistants in stores, but also via live chat or email. And Sephora’s Fragrance IQ is an in-store technology that helps consumers connect to personalized fragrance recommendations. Sensory initiatives such as these are yet another way of engendering inclusivity among younger consumers and offer the prospect of further growth for the European fragrance industry.

Imogen Matthews is a respected consultant, journalist and researcher focusing on trends in the beauty industry. She regularly contributes to many of the world’s foremost beauty trade titles. Every year in April, she publishes The Premium Market Report, focusing on trends in the UK premium beauty markets.
www.thepremiummarketreport.com
Related Searches
Suggested For You 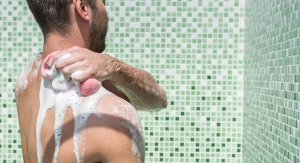 Is This Chip Really Necessary?

The Bath & Shower Routine Is Getting Transformed