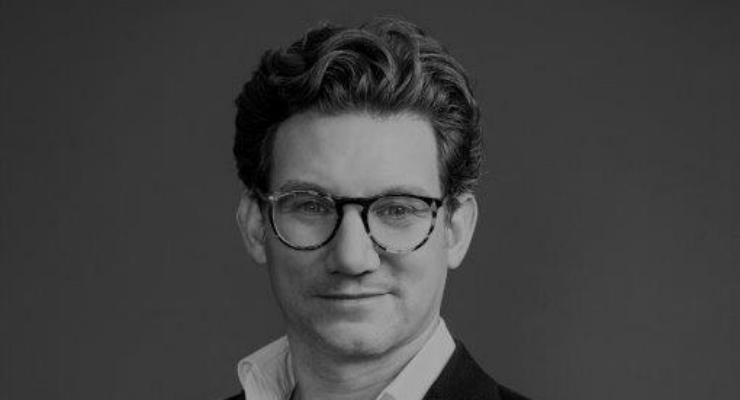 Aquilina brings more than 17 years of experience to M∙A∙C, having spent 13 years at The Estée Lauder Companies.
Happi Staff09.17.19

James Aquilina has joined MAC Cosmetics as senior VP, general manager, International & Global Commercial. He succeeds Mary Renaud who retired in August after a dedicated 35-year career with the brand.

In his new role, Aquilina will own the Global Commercial Strategy inclusive of the International P&L and Global Retail channel. Aquilina will work with the regions to drive global programs, engage local consumers and collaborate across markets to anticipate future consumer trends for the global brand. In partnership with Global Marketing, he will plan, prioritize and coordinate international activities of the brand to ensure growth and development. Aquilina will also lead the development of a new retail and consumer-centric organization to create an integrated global omnichannel strategy, helping accelerate the MAC business overall.

Aquilina brings more than 17 years of experience to M∙A∙C, having spent 13 years at The Estée Lauder Companies (ELC). Throughout his tenure at ELC, Aquilina led 12 brands across three geographic locations, culminating with his most recent role as VP/general manager, International, Tom Ford Beauty. In this position, Aquilina drove International to become 85% of global mix of business and helped grow Tom Ford Beauty’s regional market share, which led to a Number 25 global prestige ranking. He also championed the development of the Assortment Strategy to contour Luxury Fragrance and Cosmetics in the SMC Channels, as well as the launch of Tom Ford Beauty in Tmall and achieved the most successful prestige beauty launch to date. Prior to this role he led Travel Retail (TR) Worldwide as VP/general manager, where he managed eight brands which included the launches of three new brands in TR during his tenure.

Prior to his roles in New York, Aquilina was based in London where he held the regional director role of Travel Retail Europe, Middle East and Africa and managed Estée Lauder, Tom Ford Beauty and Aramis and Designer Fragrances (ADF) from 2011-2014. There he grew the Estée Lauder brand to be the #1 skincare brand in Travel Retail for the EMEA region and initiated a Sub-Sahara Africa distribution model. His first role with the company was part of the Travel Retail Americas team in Miami from 2006 to 2011. After starting as a senior account coordinator, Aquilina grew to be regional director of the Bobbi Brown, Jo Malone London and La Mer Brands, and the Corporate In-Flight and Aquatic Channel, for TR Americas.

Aquilina began his career at a startup specializing in B2B and Retail Web Services before joining The Estée Lauder Companies’ Associate Training Program in 2005.