What Happened to that Drop-Dead Deadline? 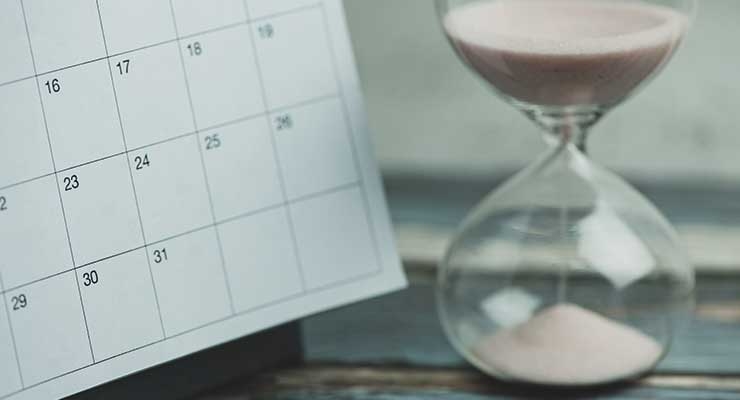 Here we go again! Just when we thought we would have a Sunscreen Final Monograph on Nov. 26, 2019 as mandated by the Sunscreen Innovation Act (SIA), the US Food and Drug Administration once again requested further delays for another year or so. It is unbelievable that to this day we do not have a monograph that regulates sunscreens in the United States. With all the uncertainty surrounding most of the currently-approved UV filters, which are considered as non-suitable for use in sunscreens at this stage and are not Generally Recognized as Safe and Effective (GRASE), the public health implications are supreme.

So, what really happened to warrant this delay? Sources tell us that the FDA and Congress deliberated the issue and granted this delay for two reasons: Still No Monograph?

With my limited experience in political matters, it is my understanding that a law passed by Congress, which was approved and signed by the President of the United States over five years ago with clear deadlines and mandates, would not be violated without retribution from Congress or the Office of Management and Budget or a court case. No one, of course, wants the FDA to issue a confusing and an incomplete Final Sunscreen Monograph, but where was the FDA in the past five years to complete its evaluation and comply with the terms of the SIA? More importantly, where has the FDA been since 1978? Forty-two years have passed—and still no Final Monograph!

The current state of affairs in the field of sunscreen protection is not only vague, controversial and inadequate, it’s outright dangerous. Consider the fact that there is pending legislation in Congress to outlaw the use of oxybenzone, octinoxate and even octocrylene due to their negative impact on the environment, particularly on coral reefs. Similar legislation has already been passed in many foreign countries and several US states. Consider the fact that the FDA recently published a report in the Journal of the American Medical Association revealing that avobenzone, ecamsule, octocrylene and oxybenzone all failed the Maximum Use Safety Test (MUsT). Consider the fact that the Proposed Final Regulations issued by the FDA on Feb. 26, 2019 lists zinc and titanium oxides as the only two approved GRASE filters for sun protection. They deemed two others totally non-GRASE and the remaining 12 filters as non-GRASE for now, pending further testing that would permit the use of those filters in sun care products in the future. Finally, and most importantly, consider the soaring cases of new skin cancer incidences in the US. We have an epidemic that requires all resources to combat this disease afflicting millions of Americans every single year.

Is there help on the way? I am not sure. The Over-the-Counter (OTC) Monograph Reform legislation has been stuck in Congress for nearly two years. The House of Representatives passed this legislation in the middle of 2019 and, finally, the Senate just passed its version in December 2019. Now, the House needs to approve the changes mandated in the Senate version. The Senate included a provision that requires the FDA to re-issue its Rulemaking as a Proposed Order. That would allow the FDA an additional 18 months to issue its Final Proposed Rulemaking. In addition, the Fiscal Year 2020 Appropriations bill currently has language included on Dec. 20, 2019 directing the Environmental Protection Agency (EPA) to coordinate a study with the National Academy of Sciences (NAS) on two issues: The US Congress will soon be issuing a tasking statement to the EPA to that effect with an emphasis that the EPA-National Academies of Science study considers the public health implications of limiting access to safe sunscreens. The directive will stipulate that the study should be concluded in 6-18 months. We are, of course, grateful that the task includes the “impact on public health” but that study and the 18 months the Congress is allowing the FDA to issue its Final Rulemaking will only add more years for us to see a Final Monograph in sunscreens.

In Search of an Advocate
In other developments, in December the Senate confirmed the appointment of Dr. Steven Hahn, a radiation oncologist, as the new FDA Commissioner. We are hopeful that, with his background in cancer treatment, he will pay more attention to the pressing issues of combating the rise in skin cancers in the US. Hahn will appear before Congress this month to defend his agency’s budget request for 2020. In another development in Congress, one of our staunchest advocates, Senator Johnny Isaacson (R-GA), retired in December. A melanoma survivor, he has championed many causes for skin cancer protocols and safe sunscreens. We will need new passionate advocates in Congress soon.

Dr. Nadim Shaath is the president of Alpha Research & Development, Ltd. in White Plains, NY. He has over 30 years of experience as chairman of the chemistry department at SUNY-Purchase and the CEO of Kato Worldwide. Recently he published his new book entitled “Healing Civilizations: The Search for Therapeutic Essential Oils and Nutrients” Cameron Books, Petaluma, CA.
Related Searches
Related Knowledge Center