There a Transformation In Men’s Grooming 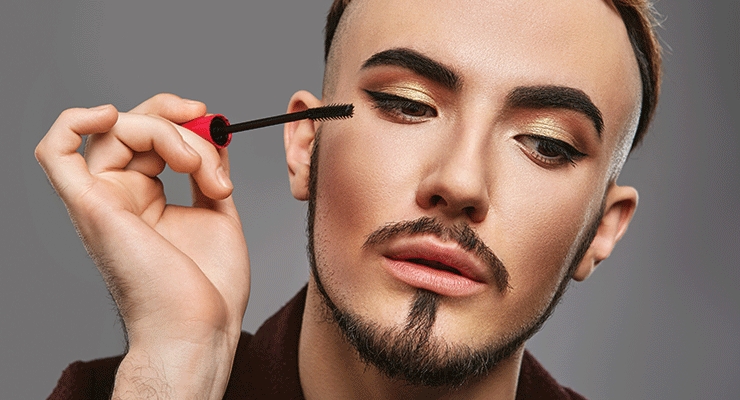 The younger generation has no qualms about makeup.
Imogen Matthews, Consultant03.02.20

European men are tentatively engaging more with grooming products, extending their routines to include more sophisticated products and experimenting with unfamiliar concepts, and even trying makeup. However, most want a straightforward quick grooming routine with the minimum of fuss, putting convenience above all else.

At face value, the European men’s grooming sector is not particularly dynamic, according to market research provider Euromonitor International. In Western Europe, 2018 sales rose just 1.2% to $23.8 billion. The category fared better in Eastern Europe, where sales rose 3.3% to about $3.6 billion. Spain was the most buoyant market, up 2.0%, while other major European markets, including France, Germany, Italy and Russia, struggled to post positive sales.

A more upbeat interpretation was provided by GlobalData, which surveyed European men for its 2019 Q3 global consumer survey and found that one in five (20%) completely or somewhat agree that they are willing to increase the number of products they use to improve their appearance: this increased to 30% in Poland, 29% in Italy and 27% in Portugal. Meanwhile, Mintel has discovered that 22% of 25-44 year-old UK male followers of grooming routines spend more time on their routines and enjoy using more products.

A willingness by men to extend their grooming routine with additional products hints at such routines becoming increasingly sophisticated. Lia Neophytou, analyst, GlobalData, observes that for younger men in particular, frequent social media usage results in a highly informed demographic, with a heightened interest in product quality, efficacy and ingredients.

“This sophistication is manifesting as the desire for hyper-personalized grooming offerings that are tailored to lifestyle factors beyond gender alone,” she comments.

Health and Wellness Benefits
According to Mintel, 22% of UK men think it’s important that their beauty/grooming routines promote their physical health, and 14% their mental health.

Minimalist Pack Designs
During the past 18 months, Mintel researchers have recorded an increase in minimalist black and white pack designs on a number of men’s grooming launches, bringing a sense of simplicity and style. Each of the following examples are by brands trying to simplify the men’s offer in what seems like an impossibly cluttered and complicated market.

Beard Control
The widespread growth of beards provides opportunities for brands to extend beyond beard care into skin care, according to industry observers. Mintel research for European beard-themed facial skin care and hair care launches indicates that this trend has been gathering pace, rising from 6% of launches in YTD June 2015 to 20% in YTD June 2019.

“Beard care products attract a broad male audience,” affirms GlobalData’s Neophytou, “hence innovation in this category is ongoing rather than a trend.”

One example is the transition of CBD into men’s grooming with the launch of Bielenda, Only for Men, Cannabis Cream from Poland, an intense hydration cream enriched with cannabidiol and caffeine.

Beard oils have largely driven beard care innovation, according to Mintel researchers, and they offer more differentiation with newer textures, such as serums and mousse, and hybrid beard/face hydrating formulas. Netherlands Reuzel Beard Foam is a leave-in beard conditioner designed to tame, deodorize, reduce itch and eliminate “beardruff” and split ends, all while soothing and conditioning the beard and skin underneath.

John Lewis Makeup Counter
In January 2020, John Lewis became the first high street retailer to launch War Paint For Men in its Oxford Street store. The male beauty line, founded by Daniel Grey and backed by BBC Dragons’ Den as an investor, stocks foundation, concealer, bronzer and brushes. Neophytou maintains that this is indicative of a changing consumer landscape as male cosmetics have traditionally only appealed to small niche groups.

“However, driven by blurring gender boundaries as well as the individualistic mindset of younger male consumers, the male grooming industry is seeing something of a revolution. This level of interest from a mainstream retailer is a groundbreaking step toward normalizing male beauty in both the marketplace and at a wider societal level,” she said.

Could the creation of a physical retail counter allowing men to interact, test and engage with products in real life be the trigger needed to capture a wider demographic of male consumers who traditionally never engaged with these types of products? Only time will tell.

Imogen Matthews is a respected consultant, journalist and researcher who commentates on trends in the beauty industry. She regularly contributes to many of the world’s foremost beauty trade titles, has served on the Board of Cosmetic Executive Women (CEW UK) and won the prestigious Cosmetic Executive (UK) Achiever Award. Founded by Imogen in 1993, The Premium Market Report remains the only in-depth report to examine trends in the premium cosmetics, skincare and fragrance industry.
www.imogenmatthews.co.uk
Related Searches