Some Good News About Melanoma

Death rates drop, according to researchers at NYU Grossman School of Medicine and Harvard. 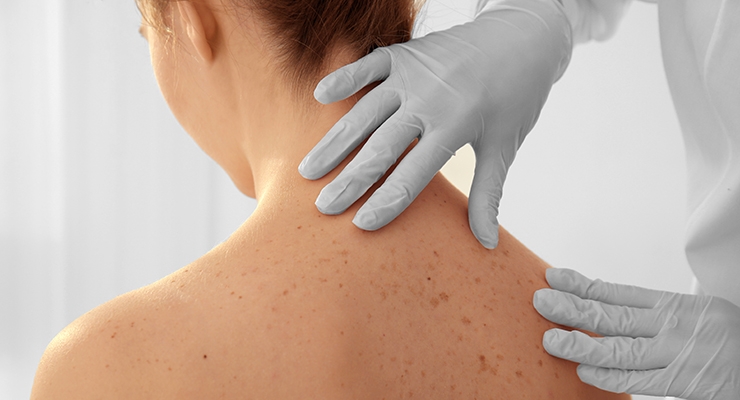 Finally. some good news in the fight against skin cancer.  Advances in treatment have led to the largest yearly declines in deaths due to melanoma ever recorded for this skin cancer, according to results from a new study.

Led by researchers at NYU Grossman School of Medicine, its Perlmutter Cancer Center, and Harvard University, the study showed that death rates among white Americans – the group that accounts for almost all cases – climbed 7.5% between 1986 and 2013, but then dropped by nearly 18% over the next three years. The death rates were for metastatic melanoma, the aggressive form that spreads from the skin to other organs, such as the lung, liver, or brain.

The authors say the size of the declines outstrip comparable decreases in cancers of the prostate, breast, and lung, three other common forms of cancer. They also note that the unrivaled drop in melanoma deaths coincided with the introduction of 10 new therapies for the skin cancer. These treatments either harness the body's immune system to fight the disease or directly target melanoma cells that have a specific gene mutation.

"Our findings show how quickly patients and physicians accepted these new drugs because they profoundly reduce deaths from melanoma," said co-senior study author David Polsky, MD, PhD. "These therapies are now considered the backbone of how we treat this cancer," says Polsky, the Alfred W. Kopf, M.D. Professor of Dermatologic Oncology at NYU Langone Health and its Perlmutter Cancer Center.

The report, publishing online March 19 in the American Journal of Public Health, is the first to highlight the role of these new drugs in helping Americans survive melanoma, said Polsky, who is also a professor in the Department of Pathology at NYU Langone.

According to some estimates, melanoma is among the most common forms of cancer in the US, with about 100,000 new cases occurring every year. Once tumors spread throughout the body, melanoma had been notoriously difficult to treat, and conventional treatment methods like chemotherapy have limited effect against the disease. While the specific causes of melanoma are unclear, genetics and exposure to UV radiation in sunlight and tanning beds are known to increase risk, particularly among fairer-skinned people.

The newer therapies, which came into use in the last decade, are far more effective and less toxic than standard chemotherapy, but are much more expensive, the investigators say. The drugs fall into two broad categories: those that target the BRAF gene, which is mutated in a little less than half of melanoma patients; and immune checkpoint inhibitors, which prevent melanoma tumors from tricking the immune system into ignoring the cancer.

For the study, researchers analyzed new cases and deaths from melanoma collected by the National Cancer Institute and the Centers for Disease Control and Prevention. These numbers spanned from 1986 to 2016 and involved nearly a million Americans. Polsky notes that the steep drop in deaths cannot be readily explained by better detection methods because death rates did not drop steadily over time, but sharply. In addition, many health care groups have been pushing for early detection exams since the 1980s, so the timing of these declines matches up better with the introduction of the new therapies.

Nevertheless, the researchers caution that early detection is still important, allowing for less toxic forms of treatment and lowered health care costs. They emphasized that prevention, avoiding excessive UV light exposure, and promptly seeking medical care when there is a change in the skin's appearance, are crucial to reducing the risk of developing metastatic melanoma.
Polsky said future studies should investigate socioeconomic factors that may affect access to the newer therapies, as well as the effect of these treatments on other ethnic groups.

Funding for the study was provided by NYU Langone, where other investigators involved in the study are Jennifer A. Stein, MD, PhD; and Jeffrey Weber, MD, PhD. Alan C. Geller, MPH, RN, at Harvard University in Boston is the other senior co-investigator of the study. Juliana Berk-Krauss, MD, at SUNY Downstate in Brooklyn, is the study lead investigator.
Related Searches
Related Knowledge Center