Seller of gummies and topical ointments agrees to not make unsupported claims and will pay $30K in consumer redress. 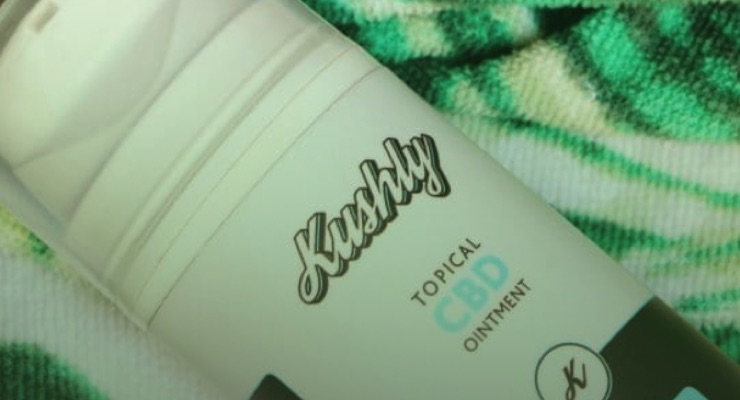 The Federal Trade Commission (FTC) today announced its latest law enforcement action to halt what it calls deceptive health and efficacy claims in the growing market for cannabidiol (CBD) products. In the action—the first since the Commission announced a crackdown on such false claims last December—Scottsdale, AZ-based Kushly Industries LLC (Kushly) and the company’s sole officer Cody Alt have agreed not to make false or unsupported claims or falsely claim that scientific evidence exists to back them up. The company also will pay the FTC more than $30,000 in consumer redress.

The FTC alleges Kushly and Alt made false or unsubstantiated claims that their CBD products could effectively treat or cure a host of conditions—from common ailments, like acne and psoriasis, to more serious diseases, including cancer and multiple sclerosis. In addition, the complaint alleges the respondents falsely told consumers that scientific studies or research prove that CBD product effectively treat, mitigate, or cure the diseases, including hypertension, Parkinson’s disease, and Alzheimer’s disease.

“This is the seventh case we’ve brought against CBD sellers who should know better than to make unsupported health claims for their products,” said Daniel Kaufman, acting director of the FTC’s Bureau of Consumer Protection. “There may be some benefits of CBD, but there’s no proof that it can treat the serious health conditions in Kushly’s advertising, such as Parkinson’s, multiple sclerosis, or cancer.”

According to the FTC’s complaint, the respondents have used these false or unsubstantiated claims to market or sell a range of products containing CBD, including gummies, softgel capsules, and topical ointments. They promoted their products on their website, kushly.com, and social media. The complaint alleges that Alt participated directly in promoting and advertising Kushly’s CBD products and has been featured and quoted in articles about the company, its products, and the CBD industry in general.

The proposed administrative order settling the FTC’s charges covers any dietary supplement, drug, or food product the respondents sell or market, including CBD products. It prohibits Kushly and Alt from making any representations about the health benefits, efficacy, safety or side effect about any covered product, including CBD products, unless the representations are true at the time they are made, are not misleading, and they have and rely upon competent and reliable scientific evidence to support the claims. It also requires them to secure and preserve any human clinical tests or studies they use to substantiate these health claims.

The order also prohibits Kushly and Alt from misrepresenting that any covered product is clinically proven to treat, alleviate, or cure or that scientific evidence exists to back up such claims: chronic pain, multiple sclerosis, anxiety, depression, cancer, sleep disorders, hypertension, Parkinson’s disease, Alzheimer’s disease, acne, psoriasis, and eczema.

The commission vote approving the administrative complaint and proposed consent order was 4-0. The agreement will be subject to public comment for 30 days after publication in the Federal Register after which the Commission will decide whether to make the proposed consent order final. Instructions for filing comments will appear in the published notice.
Related Searches
Related Knowledge Center
Suggested For You