By Herman H. Hockmeyer, in cooperation with Barry Cullens

Decades have passed without any significant improvement in traditional vertical and horizontal in-line media milling designs. Feedstocks are predominantly pressure driven through an enclosed horizontal or vertical chamber filled with media and separated by a screening device. The separation area is relatively small thereby contributing to what would be considered painfully slow thru put rate when compared to a vacuum mill. The single media mill innovation that has made significant performance advance is the immersion or basket mill; basically a large, stationary screening device containing media that passes feedstock through its’ rotating internal stirring apparatus at about 10 times the velocity of traditional in-line mills. It is submerged into the batch and creates its’ own throughput by way of selfgenerated suction and centrifugal force, as opposed to the inline mill that stands alone alongside the batch and force fed by a pump. 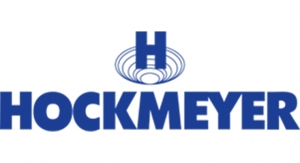