Plenty of Room to Grow In Brazilian Hair Care

Hair care is, of course, a growing business. The global hair care category grew 18.7% from 2009 to 2014 to top $76.8 billion, according to Euromonitor International. The gains were even more pronounced in Latin America, where sales surged nearly 40% during the period to exceed $15.7 billion. Sales in Brazil and Mexico, the top two countries in the region, posted gains of 44% and 39%, respectively, reaching $9.0 billion and $2.0 billion, last year. Brazil represents 57% of total sales in Latin America, ranking No. 2 in the world, ahead from China and only trailing the US.

However, momentum is not on the industry’s side in Brazil. Figures from Brazilian Association of Cosmetic, Toiletry and Perfumery Industry (ABIHPEC) reveal a deceleration in the sector as sales fell 5% from January to June 2015. The pullback was the first in 23 years and observers say it was triggered by a range of factors including political and economic instability in Brazil; the government’s decision, taken earlier this year, to start charging the tax on industrialized products (IPI) to the cosmetic distributors; the decline in consumer purchasing power; and the water crisis, which impacted hygiene product sales. Despite the recent decline, Euromonitor International still expects Brazilian hair care sales to rise 21% through 2019, compared to global gains of 9.5% during the forecast.

New product development in shampoos and conditioners has been relatively stable in Latin America, with shampoo remaining on top (36%) and conditioners in third position (22%). Hair treatment is sandwiched between the two, representing 28% of launches. Hair styling (8%) and hair colorants (7%) are the least active sub-categories in the region, according to Mintel.

Brazil has one of the highest shampoo penetration rates in the world. Indeed, it is easier to find the product in Brazilian homes than some European ones, noted Kantar Worldpanel. In addition to that, Brazil has the deepest penetration for after-shampoo products than other countries analyzed. For example, Brazil’s penetration rate for shampoo and after shampoo products is 92% and 89.9%, respectively. Compare that to Great Britain (78.6% and 55.3%), France (78.7% and 35.5%), Italy (80.7% and 46%), Argentina (91.8% and 83.5%) and Mexico (98.6% and 69%). Since growth in volume terms is quite hard to achieve, due to high penetration rates, gains are driven by increases in value.

As in most markets, international manufacturers (Unilever, Procter & Gamble and L’Oréal) dominate hair care in Brazil. Unilever´s brands Seda (Sunsilk), and TRESemmé rank No. 1 and 4, respectively, while P&G’s Pantene is No. 2 and L’Oréal’s Elséve is No. 3.

Pantene has expanded its ampoules portfolio, introducing Brazilians to its Advanced Keratin Repair. According to P&G, Pantene Institute scientists have put together the most successful technologies to develop Triple Active Technology. The novel combination creates a “lubrication shield” on the hair surface.

L’Oréal recently launched Elsève Supreme Control 4D line to address unruliness, a major hair concern of Brazilian women; 54% of who describe their hair as voluminous, unruly and frizzy. The formulas contain Babassu butter. The line includes Pluri-Controlador shampoo, conditioner, treatment cream, serum booster and a combing cream, which is the line´s hero product. This long-lasting combing cream, which has new clean touch technology, has a cream-gel texture without an oily effect, promoting an invisible finishing and action for 48 hours.

Natura is celebrating the 15th anniversary of Natura Ekos by launching Ekos Murumuru. According to Alessandro Mendes, product development director at Natura, murumuru seeds hold a powerful butter that deeply penetrates the hair fiber, filling and aligning the cuticles and restoring its natural elasticity.

The reconstruction of damaged hair is perceived with the first application, according to 90% of consumers interviewed by Ibope, a sensory firm; and 96% of them were satisfied with its health and appearance. The line includes pre-shampoo paste, shampoo, conditioner, combing cream, ampoule, mask and concentrated butter. The packaging is eco-efficient and the launch is inserted in the Amazon Program, which has among its commitments the goal of increasing the use of raw materials from Brazilian socio-biodiversity.


Clearly, marketers are creating formulas that are designed to treat specific consumer needs; it’s the best way to get shoppers interested in new products.

Daniela Ferreira is a marketing and communication professional in both consumer and B2B cosmetic markets. With a degree in social communication and postgraduate work in business administration, her expertise includes managing and launching products, communication planning, market studies and analysis, and identifying new business opportunities. She also has beauty blog (www.circulodabeleza.com.br), and is a makeup artist and image consultant.
Related Searches
Related Knowledge Center
Suggested For You 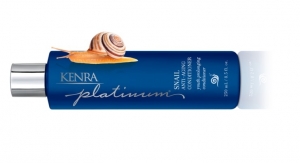