The Most Ethical Beauty Companies

Kao, L’Oréal and Natura earn accolades from The Ethisphere Institute. 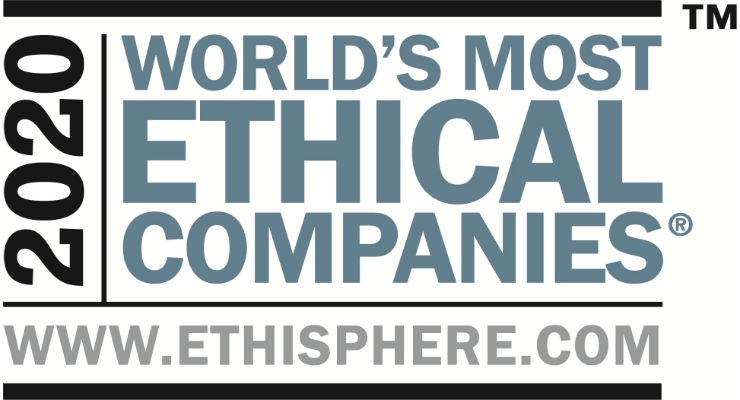 Kao Corporation, L’Oréal and Natura have once again been selected by The Ethisphere Institute for inclusion in the World’s Most Ethical Companies 2020 list, which was announced on February 25, 2020.

The Ethisphere Institute is an international think tank focused on developing and sharing best practices in business ethics and corporate social responsibility. For the World’s Most Ethical Companies list, the Institute surveys and evaluates companies the world over in five categories: ethics and compliance programs, corporate citizenship and responsibility, culture of ethics, governance and leadership and reputation.

Kao has been chosen every year since the Institute began compiling its list in 2007, making Kao a recipient of this recognition 14 years in a row, the only Japanese company with this honor. Kao has made the securing of inclusion in the World’s Most Ethical Companies list a key performance indicator for its executive officers.

Responding to the awarding of this commendation to Kao, Michitaka Sawada, Kao’s president and CEO, said, “We are deeply honored to have been recognized as one of the World’s Most Ethical Companies for 14 consecutive years. Last year, the Kao Group announced a major new development in our ESG management strategy, with the implementation of initiatives that position Integrity—a value which constitutes a core value of the Kao Way—as the foundation for ESG activities.”

L'Oréal has achieved this recognition 11 times, underscoring its commitment to leading with integrity and prioritizing ethical business practices.

Natura has been featured on the list ten times and was the only Brazilian organization on the list of 132 companies from 21 countries.

"Our vision of ethics goes beyond compliance with norms and legislation. It is a responsibility that permeates all levels of the company and our relations with different audiences," stated João Paulo Ferreira, CEO of Natura &Co Latin America.
Related Searches
Related Knowledge Center