CDC issues guidelines for gatherings of 50 or more. 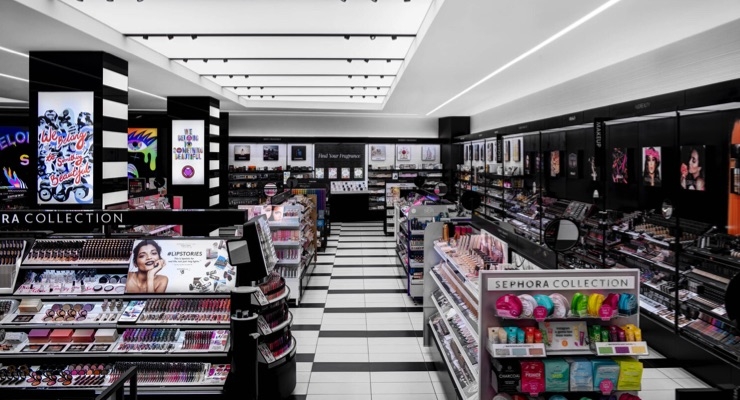 Sephora is closing its stores from March 18 through April 3.
Happi Staff03.17.20

The Centers for Disease Control (CDC) has issued additional guidelines that any gathering of 50 or more people should be suspended for eight weeks, and in places like New York, New Jersey and Connecticut, all non-essential business have been told by their Governors to shut their doors between 8 p.m. and 5 a.m. to flatten the curve of the spread of COVID-19. These moves, and others, have left many business with brick and mortar locations (from the biggest to mom ‘n pops) in a bind.

Some high-profile companies like Apple and Nike had already announced its plans to close all of their retail stores outside China. Bars and restaurants have been impacted heavily, being forced to offer only curbside/takeout. Movie theatres are closed.

Beauty retail is also being impacted by measures taken in the wake of the COVID-19 pandemic, not to mention a shift in consumer's daily lives.

Nordstrom announced that it would close its doors for two weeks.

Other large non-food department store retailers that sell beauty, including Macy’s, JC Penney and Kohl’s, had yet to announce full closures as of March 16.

Macy’s on March 12 stated that it had put in place enhanced cleaning measures and was “prepared to address the needs of each store and facility on a case-by-case basis to combat any potential health concerns and will follow the Centers for Disease Control’s recommended preventative protocol.” Macy’s also owns Blue Mercury stores.

Both JC Penney and Kohl’s have curtailed their hours of operation.

Urban Outfitters, which runs its name sake store as well as Anthropologie, is closing its retail locations until at least March 28.

Lush has closed all locations in US and Canada until March 29.

L brands, parent to Bath & Body Works, has shut all stores in the US and Canada until March 30.

Glossier Founder and CEO Emily Weiss announced that had closed its stores in Atlanta, New York and London and would be delayed the opening of new shop that was scheduled to come on line in Arizona.

Sephora has announced that it will close its retail stores today at 5 p.m through April 3..

On March 15, Ulta announced that it was reducing hours of operation and on March 16 it stopped hair services. According to CEO Mary Dillon, some Ulta Beauty stores are temporarily closed.  As this story went to press on March 17, the retailer announced that it would be closing  ts stores effective at 6:00 p.m. on March 19 until March 31, 2020. However, it said it would offer customers to the option to pick up items ordered online in store as allowed by local and state regulations.

On March 13, Sally Beauty Holdings posted that it was “taking all the necessary steps to provide a safe and healthy work environment, including implementing additional protective measures across all our store locations, warehouses and offices.” As of March 16, it had not announced any additional plans.
Related Searches
Related Knowledge Center