Sustainable sun care is becoming a hot topic following media reports that sunscreen formulas damage coral reefs. While the market leaders focus their efforts on other issues such as improving formulations, much of the response has come from smaller brands which have been launching reef-friendly formulations.


Sales of sun care products in Western Europe are forecast to top $2.9 billion in 2018, an increase of 1.9% over the previous year, according to Euromonitor International. Italy leads the way as the largest market for sun care with a forecast to top $546 million and growing 7.9%, putting it ahead of the UK, nearly $459 million and France at about $442 million. Euromonitor International forecasts slightly faster growth of 2.6% for after-sun products in Western Europe. That estimate is inline with Mintel GNPD’s latest trend data for the category: during the past five years, after sun launches accounted for 14% of NPD in 2014, climbing to 21% in 2018. Sales of sun care in Eastern Europe are a tenth of that of Western Europe, forecast to reach $382 million, with growth of just 1.4%. However, there have been some important hotspots; notably Turkey, up 19.1% in 2017, Bosnia-Herzegovinia, up 17.3% and Ukraine, up 13.1%.


A Matter of Time & Speed

An analysis of new European sun care launches by Mintel reveals that the main movement is in claims focused on the time and speed taken to apply product, which have increased from 39% of NPD in 2014 to 45% in 2018. Another growing claim trend is for baby and toddler formulations. Although small, the number of new baby and toddler launches went up from 3% to 7% in the same period, with a similar increase in formulations for children aged 5-12, up from 12% to 16%. Meanwhile, organic claims were also up in sun care from 6% to 10% during the review period, according to GNDP.

Many of the latest European sun care launches include sustainable habitat/resources claims by a mixture of market leaders and smaller brands. Beiersdorf, the maker of Nivea, launched 20% of its products with this claim in 2018 after not appearing in the list the previous year. On its website, the company describes its project for environmental product optimization to identify opportunities for marketing increasingly sustainable skin care products by pooling expert knowledge with its raw materials suppliers. Mintel also noted L’Oréal’s big push with sustainability claims in 2015, followed by Yves Rocher in 2016.


Reef-safe sunscreens have been a growing trend since 2015, according to Mintel. For the past five years, the sun care industry has searched for suitable alternatives to mainstay organic ultraviolet (UV) absorbers. Consumer watchdog groups, such as Environmental Working Group (EWG), have branded these widely-used sunscreen ingredients as “unsafe,” describing benzophenone-3 (BP-3) and oxybenzone as “photoallergenic toxicants or allergens,” while ethylhexyl methoxycinnamate (EHMC) or octinoxate has been undesirably designated as an endocrine disruptor, although the medical repercussions are still being assessed. Data further indicates the toxicity of BP-3 on coral organisms with potentially devastating consequences on coral reefs around the globe.


During the past four years, Mintel has tracked the presence of EHMC and BP-3 in European sun care launches, recording a drop in EHMC present in sun care launches from 27% of NPD in 2014 to 23% in 2018, although products containing BP-3 have shown a slight increase from just under 7% to 8% during that time. Mintel has identified several European reef-friendly launches, including Vivaiodays Organic World Secrets for Baby & Kid SPF30, Biosolis Face Cream SPF 30, Alphanova Sun SPF15, Eco Cosmetics
Tattoo and Beauty Kitchen Invisible Mineral Shield SPF30.


UK-based Beauty Kitchen is a B Corp-certified business, which maintains that it is driving a global movement of people using businesses as a force for good, and it strives to look after all aspects from the human element to the environmental impact.


“When creating our mineral SPF the choice to use coral/reef friendly ingredients that do not have a negative impact on marine life was easy,” explains Beauty Kitchen founder Jo Chidley, who admits that getting formulas to be as effective as mainstream UV protectants was a challenge.


Green People’s sun protection formulations contain a minimum of 80% certified organic ingredients and claims to be reef-friendly by avoiding chemicals that are said to harm the marine environment. The company works with The Marine Conservation Society, a UK charity trying to raise awareness of the effects mainstream sun lotion has on aquatic life, and campaigns for cleaner seas, beaches and sustainable fisheries.


“With an estimated 10,000 tons of UV filters produced annually, it’s little wonder these chemicals can have such a dramatic effect on ocean ecosystems,” insists Green People founder Charlotte Vohtz. “Just a 20-minute dip will result in 25% of the ingredients being released into the sea.”

L’Oréal has been at the forefront of developing groundbreaking technology for sun care products. Last summer, in a UK giveaway, Sun Safe UV patches were attached to one million Ambre Solaire sunscreen bottles. Developed in Sweden, the single-use skin transfers change color as UV exposure increases. Meanwhile, L’Oréal updated its battery-free UV wearable, first marketed as My UV Patch under the La Roche-Posay brand. Now designed to stick onto a nail using the adhesive provided, when swiped over a smartphone the patch will transmit UV exposure data to the app, which provides data such as allergens, pollution and other environmental factors that can affect the skin.

More than ever, consumers seek sun care products that fulfill a variety of functions, such as proven efficacy, sustainability and pleasant-to-use formulations. Brands that can tick each of these boxes are well on their way to success.

Imogen Matthews is a respected consultant, journalist and researcher focusing on trends in the beauty industry. She regularly contributes to many of the world’s foremost beauty trade titles. Every year in April, she publishes The Premium Market Report, focusing on trends in the UK premium beauty markets.
www.thepremiummarketreport.com
Related Searches
Suggested For You 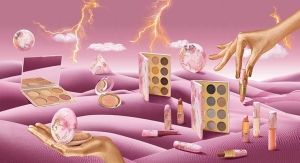